Description: Sea Devil, Midway #545, 9/70 (schematic date 6/70), electronic sound. There is a "ping, ping" sound of sonar, then when you press the button to fire the torpedo, you hear a splash and then an explosion when a ship is hit. When hitting a ship, there is a visual red explosion. Similar to Midway's 7/69 Sea Raider and their 1976 Sea Wolf (but Sea Wolf used a black & white video monitor screen) and 1968 Sega EM game Periscope.

Sea Devil is a more advanced and refined version of Sea Raiders. The game play is slightly better, but more complicated (because unlike Sea Raider which is 100% electro-mechanical, Sea Devil uses some early solid state devices for aiming and moving the periscope-torpedo arm.) In particular, there are two 1N4004 style diodes that rectify power to the Left and Right Course relays (which move the torpedo arm right and left), using negative and positive rectified DC power. A very interesting circuit.

The playfield is wider on Sea Devil, giving more room for ships. Cabinet is significantly bigger on Sea Devil.) So there's multiple ships on the horizon at any one time (unlike Sea Raider), giving the player choice as to what to shoot. ( There is a wooden platform/box on the bottom that pulls out so that shorter people can see through the periscope. Sea Devil size is 29" wide, 23" deep, 76" high, and has a built-in slide away step stool for shorter players.

The object of the game is fire torpedoes at ships sailing across the horizon. Each ship registers tonnage as scoring. Torpedoes are aimed by viewing thru the periscope and fired using a button on the periscope handle. The direction of the torpedo can be adjusted for about 1/4 of the travel after being fired by adjusting the periscope direction. You must lead the ships with your torpedoes and this is the skill/challenge of the game. After the torpedo is fired you can watch it streak just under the water surface towards the enemy ship. Player is given 6, 8 or 10 torpedoes per game (operator selectible), with additional torpedoes awarded for a perfect game. There are 2 windows on either side of the periscope so others can watch the action. In the background you hear sonar beeping and once a ship is hit you see and hear the explosion. 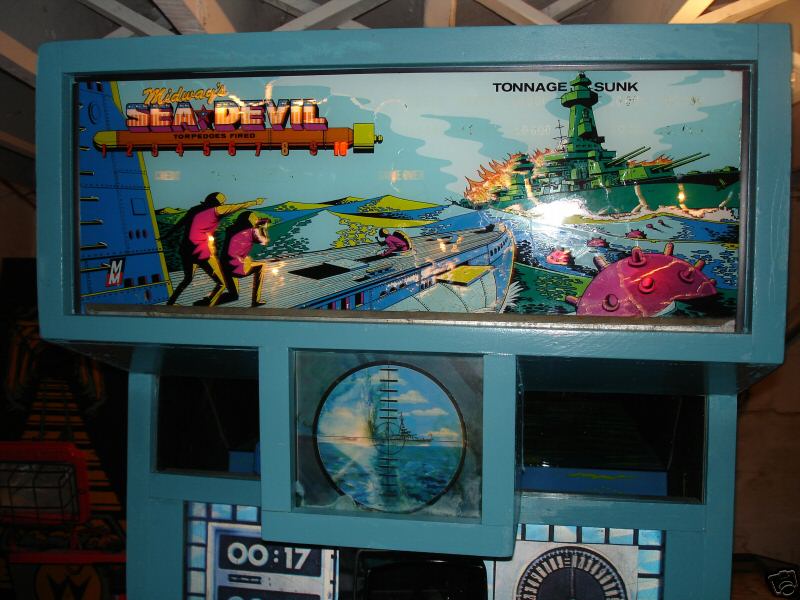 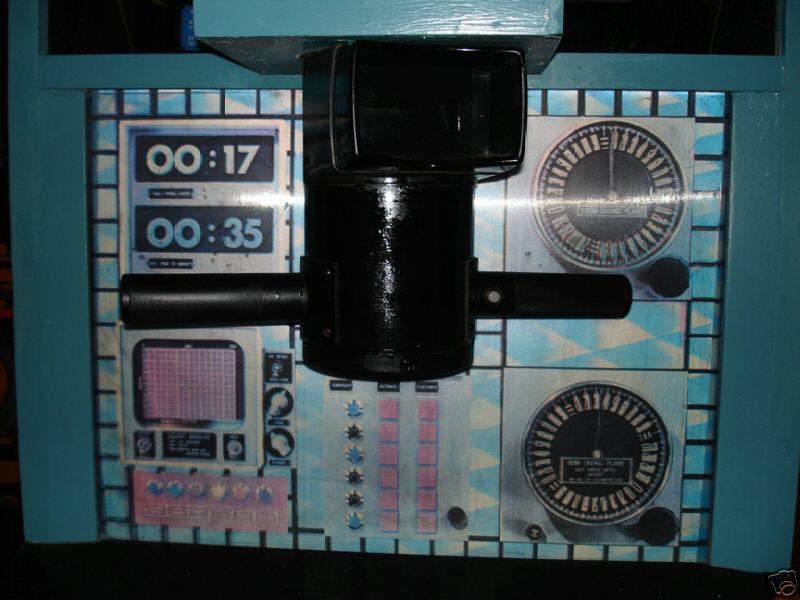 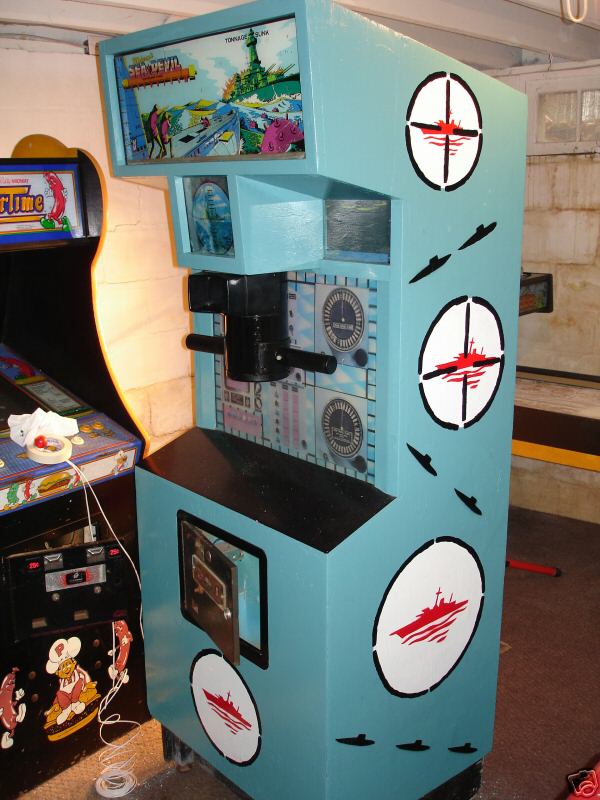 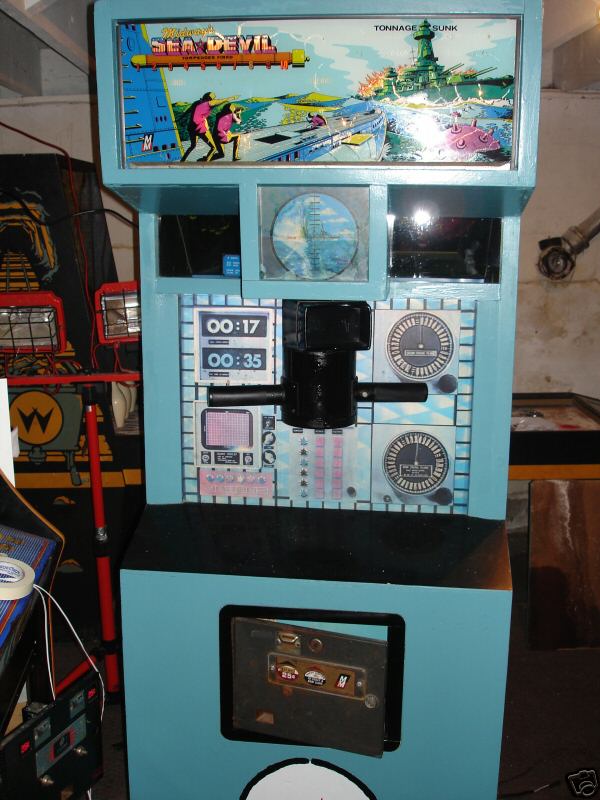 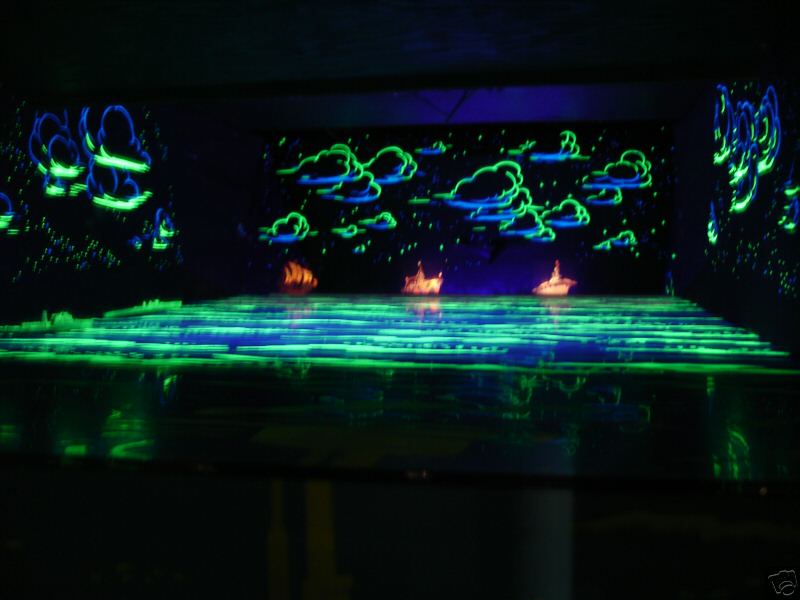