2018 Homepin Thunderbirds (5 Ball Multi-Ball) RARE GAME – only 180 produced and the manufacture estimated only 10 – 15 are in the USA. Beautiful OEM mechanical topper has been added. (Topper video shown in description)

Here is a very rare imported Thunderbirds pinball machine featuring 5 Ball Multi-ball action. Estimates are there are only 10 - 15 of these pins here in the United States. This is a very early production and has serial number 024 (24th unit off the assembly line). Game looks like brand new inside and outside and has only been played 342 times (as of 10/2/2021).

I am working closely with Mike Kalinowski (owner of Homepin) to do the upgrades to this unit that were incorporated into the later production machines. The stainless-steel ramp upgrade has already been done. The capacitor upgrade to the memory chip has been done. The software has been upgraded to the latest version to eliminate minor game play glitches. The bumpers now have stronger coils to replace the original coils. These are the same strength as the manufacturer switched to in later production. The two flipper coils have been replaced with one of a kind custom wound stronger coils. These allow for faster game play action without being too strong that would break any plastics. Lastly I will be purchasing and installing an OEM game Topper to complete all the enhancements for this unique game.

Here are details of this exciting game as listed in The Internet Pinball Database.

The original Thunderbirds theme music used on this game is licensed.

This game is aimed for Australia, Europe (especially the UK), and Canada, which are markets where the TV series is well known. This is the Export Model.

The only part on the entire game that was not made in-factory was the red plastic light dome cover at the top of the playfield.

Pictured in this listing is a side-by-side comparison of three different configurations of The Mole target based on the images that we have. In a prototype game, this feature was a "push target" (vari-target) hit directly by the ball in play. There was not sufficient time to develop it so it was changed to be a captive ball as seen in the center picture, the Domestic (Chinese) Model, where the ball in play hit a captive ball which hit the standup target. This version appeared on demo machines taken to pinball shows and it was found that this ball was hard to hit due to the two rubber posts. On the third picture, the Export Model, two captive balls were used and, to allow room for movement, the front captive ball extended outward from the chamber, held in place by a curved metal retainer as a Newton Ball. This was Homepin's final production captive ball that was used in every machine and all prototype machines were updated to this design. All earlier prototype captive ball parts were removed from all test and show machines and retrofitted with this final production design.

The manufacturer provided us this description:

The Mole push mechanism is a geared motor driving an offset cam that has two limit switches - UP & DOWN. When activated, The Mole model is simply pushed by the cam/rod to the upper position and, when The Mole reaches its fully tilted position, the motor inside the nose of The Mole is activated to spin the 'drill' of The Mole. This Mole tilt mechanism is not mechanically connected to the captive ball in any way.

The manufacturer has informed us that their factory fully relocated from China to Taiwan, officially as of Mar-2-2020. All 'Thunderbirds' pinball machines from and including serial number 155 and up are now "Made in Taiwan" by the new company name "Homepin Taiwan Company Limited". No differences are expected in manufacture between China and Taiwan machines and both carry the same model number of 'TAG". The only difference will be the manufacturer's name on the aluminum plate affixed to the back of the cabinet (and the higher serial numbering).

Regarding the 154 games made in China, the manufacturer told us that they started serial numbering at "001" although the numbers from 003 to 008 were reserved and used for their factory demos and sample machines. These six machines were built but four of them have since been stripped. As of October 2020, two demos remain, one in the Taiwan factory in their display area (003) and one in Australia (004).

The Thunderbirds was a British science-fiction television series using marionettes combined with scale model special effects. It originally broadcasted 1965-1966 and has enjoyed an enduring popularity since. 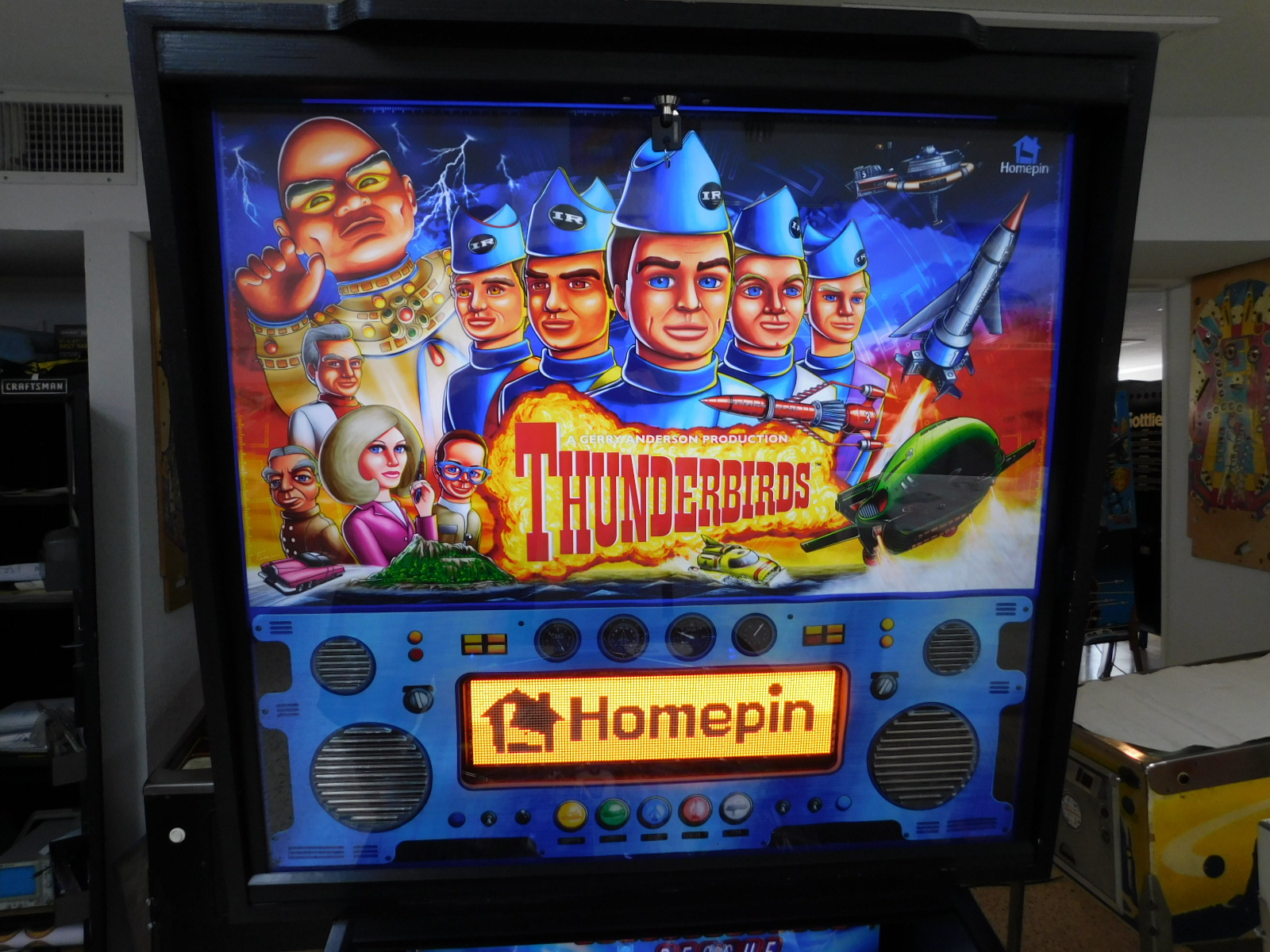 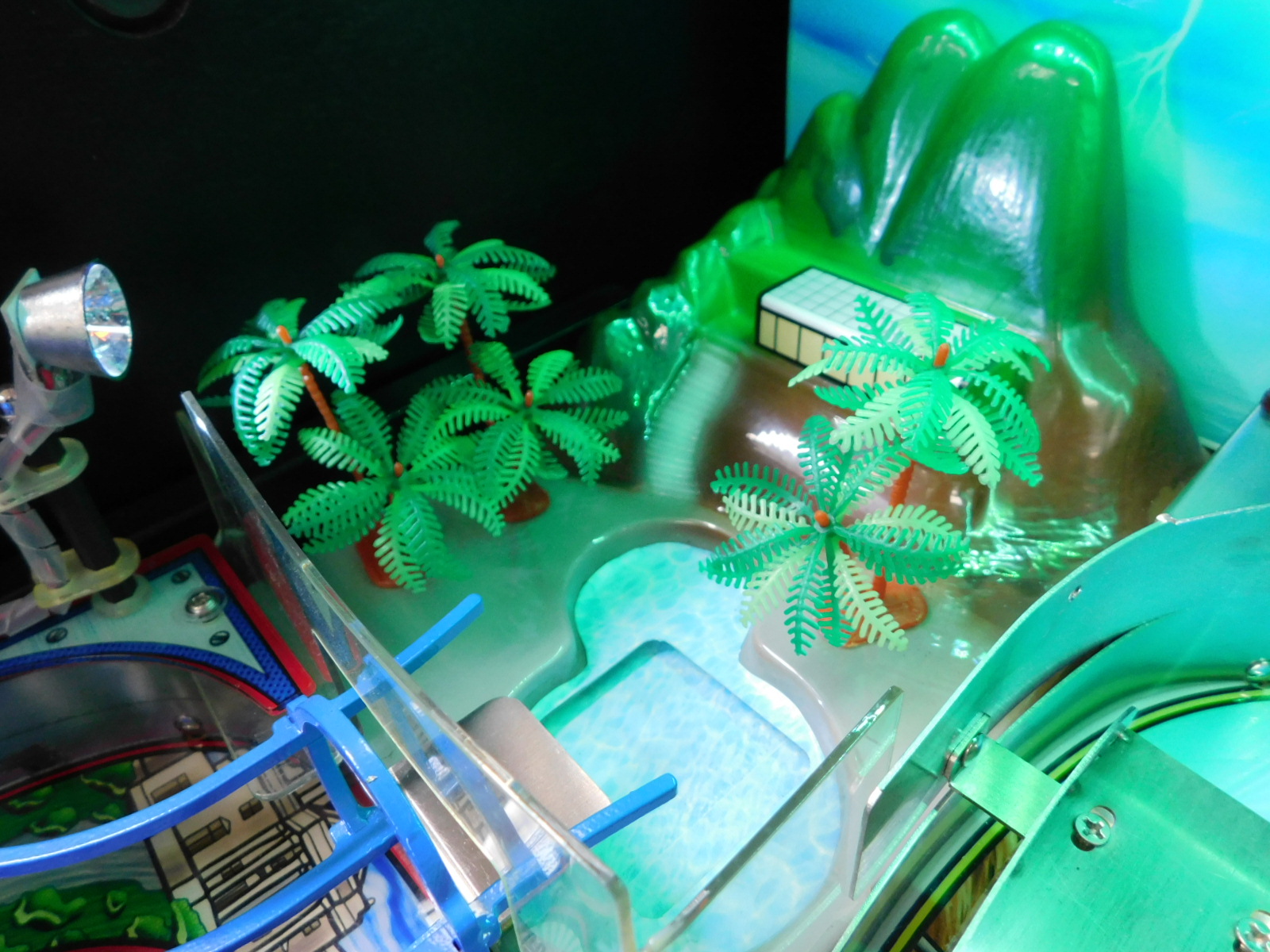 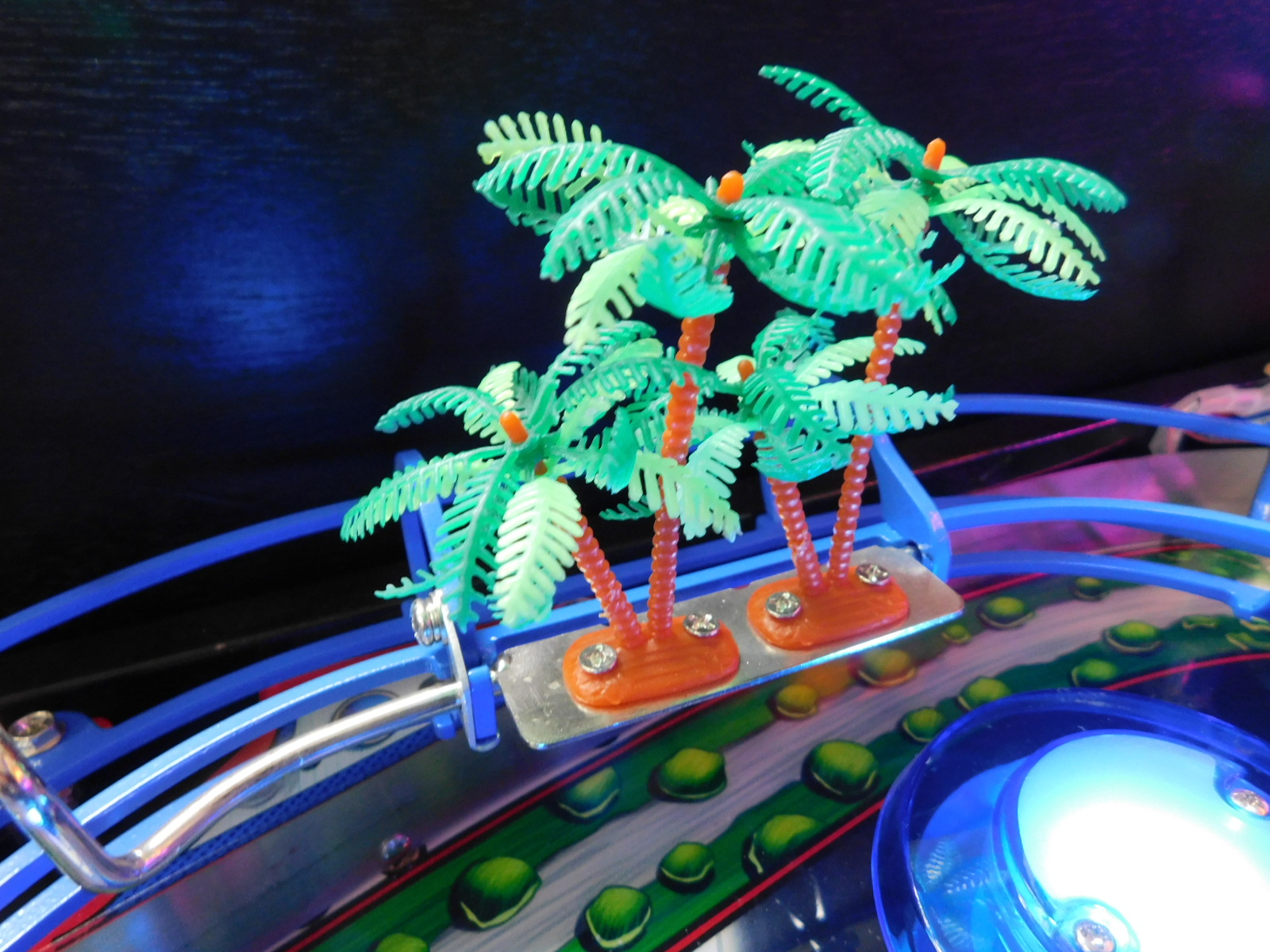 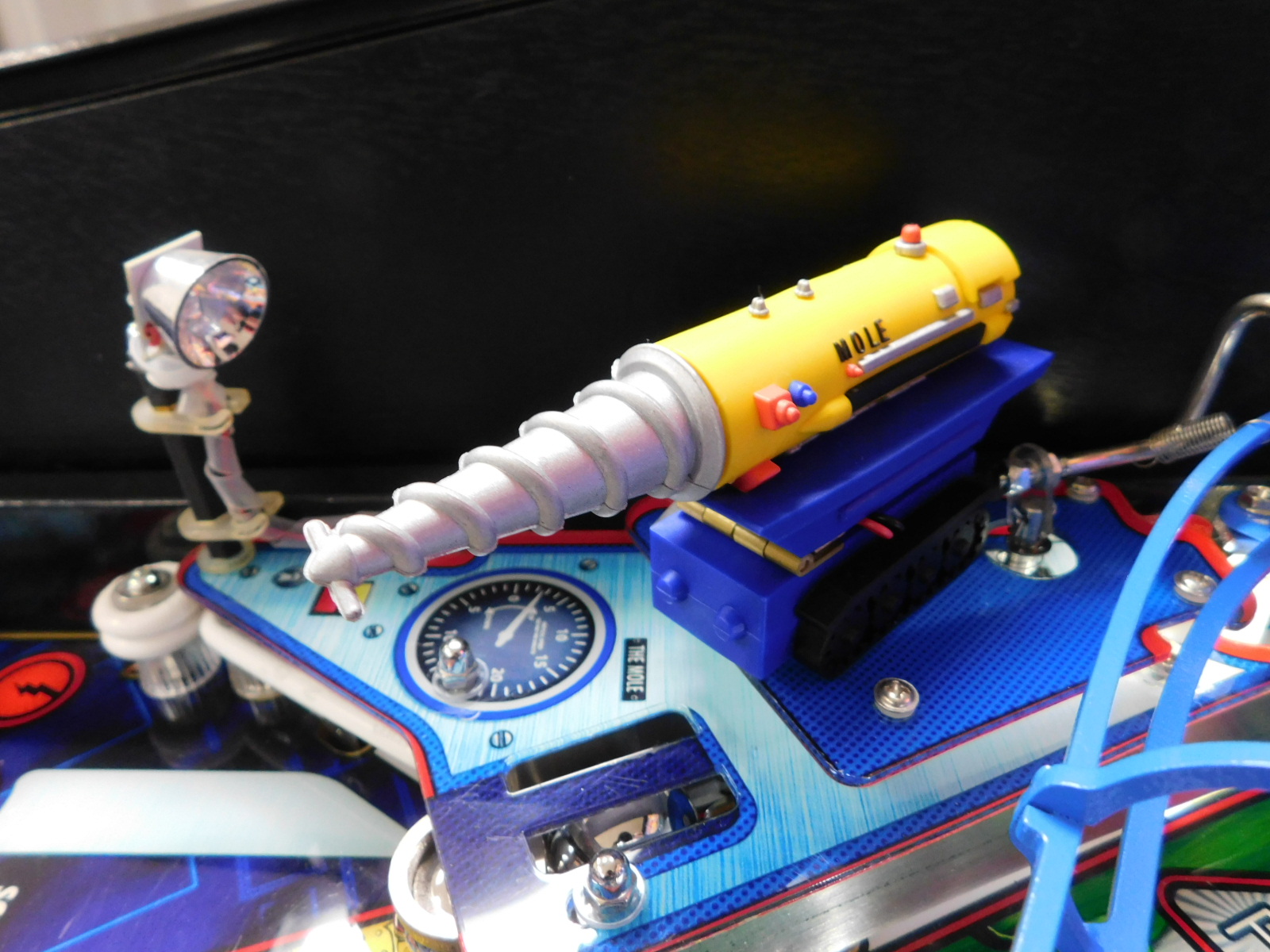 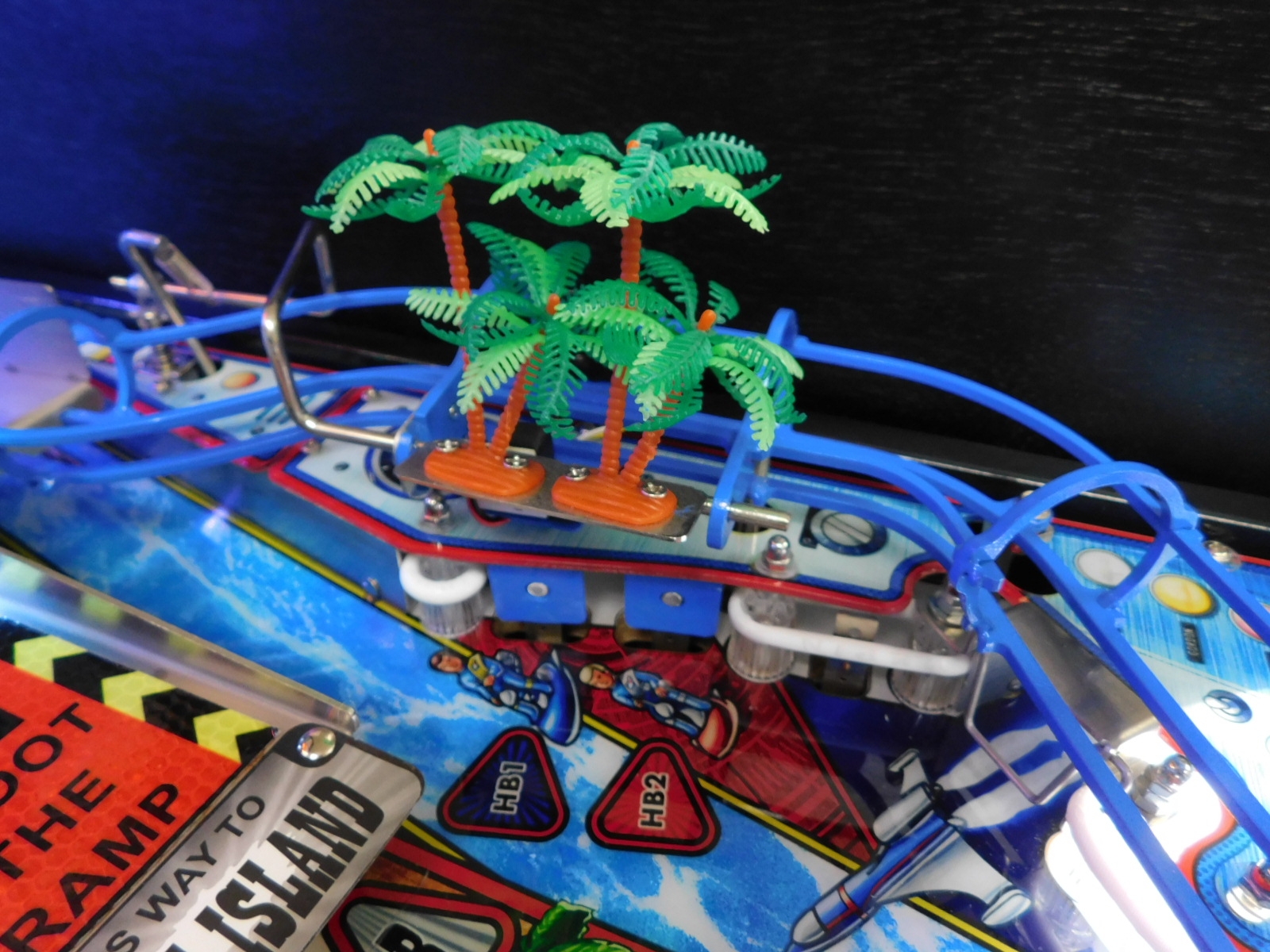 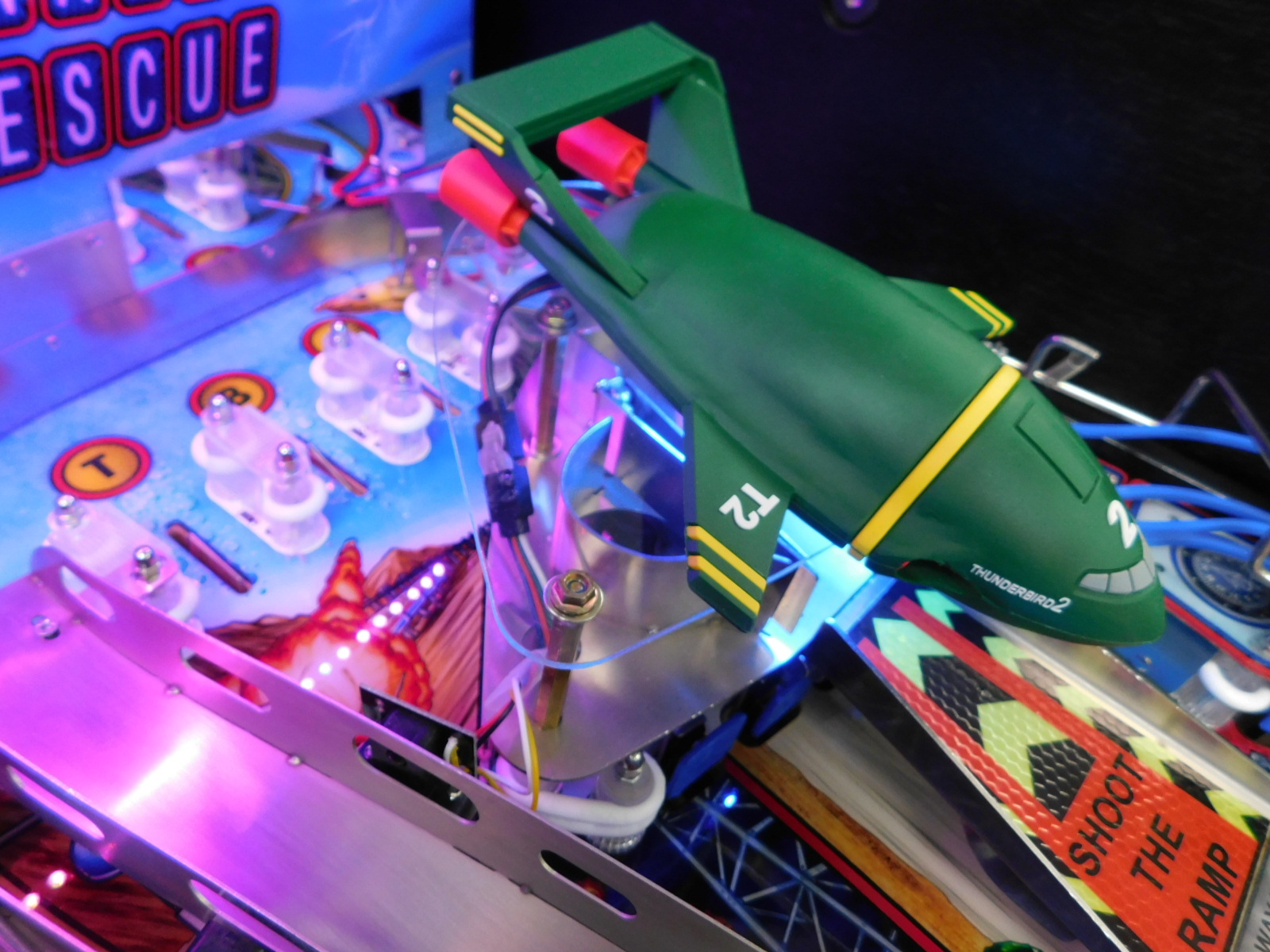 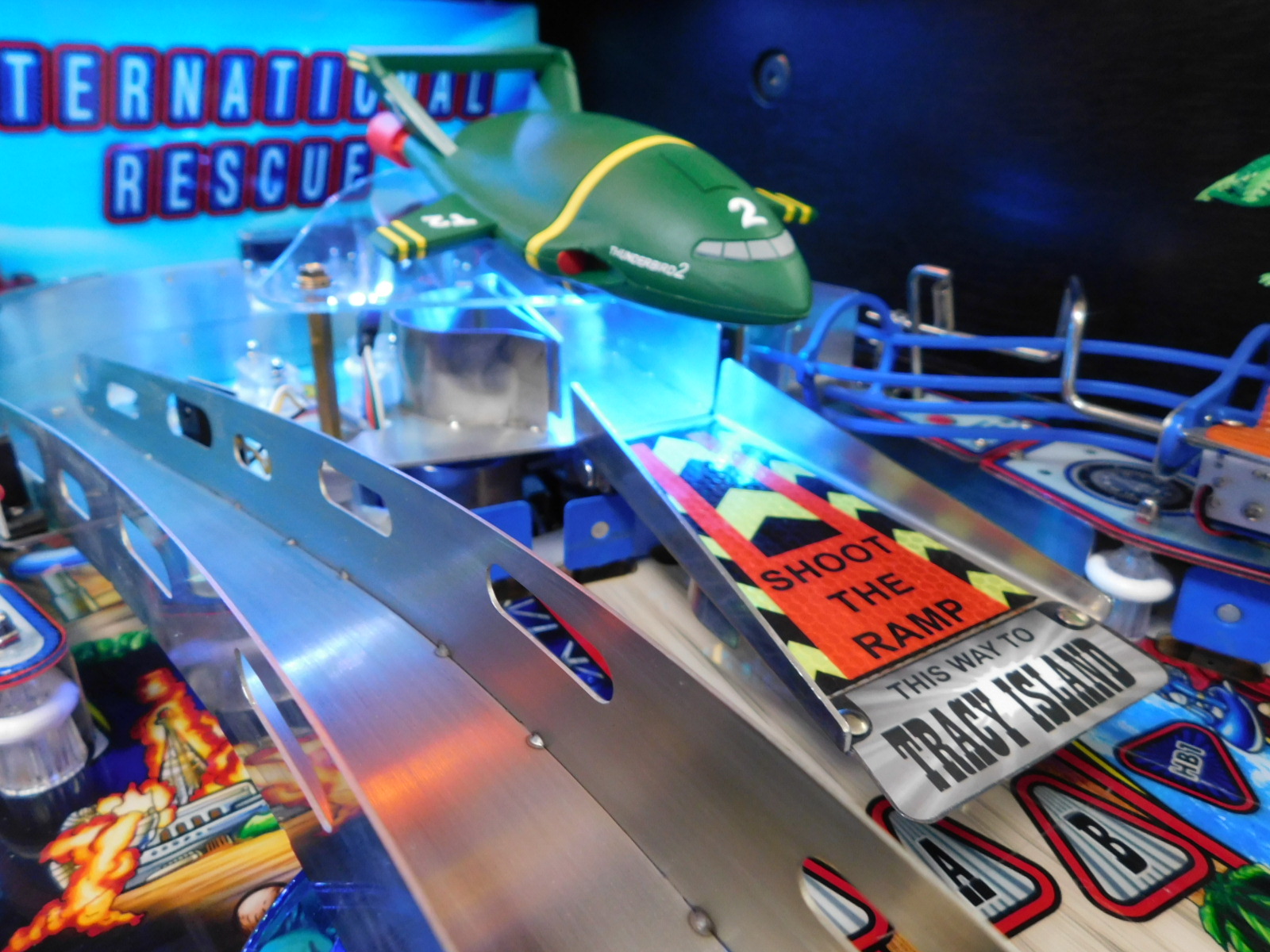 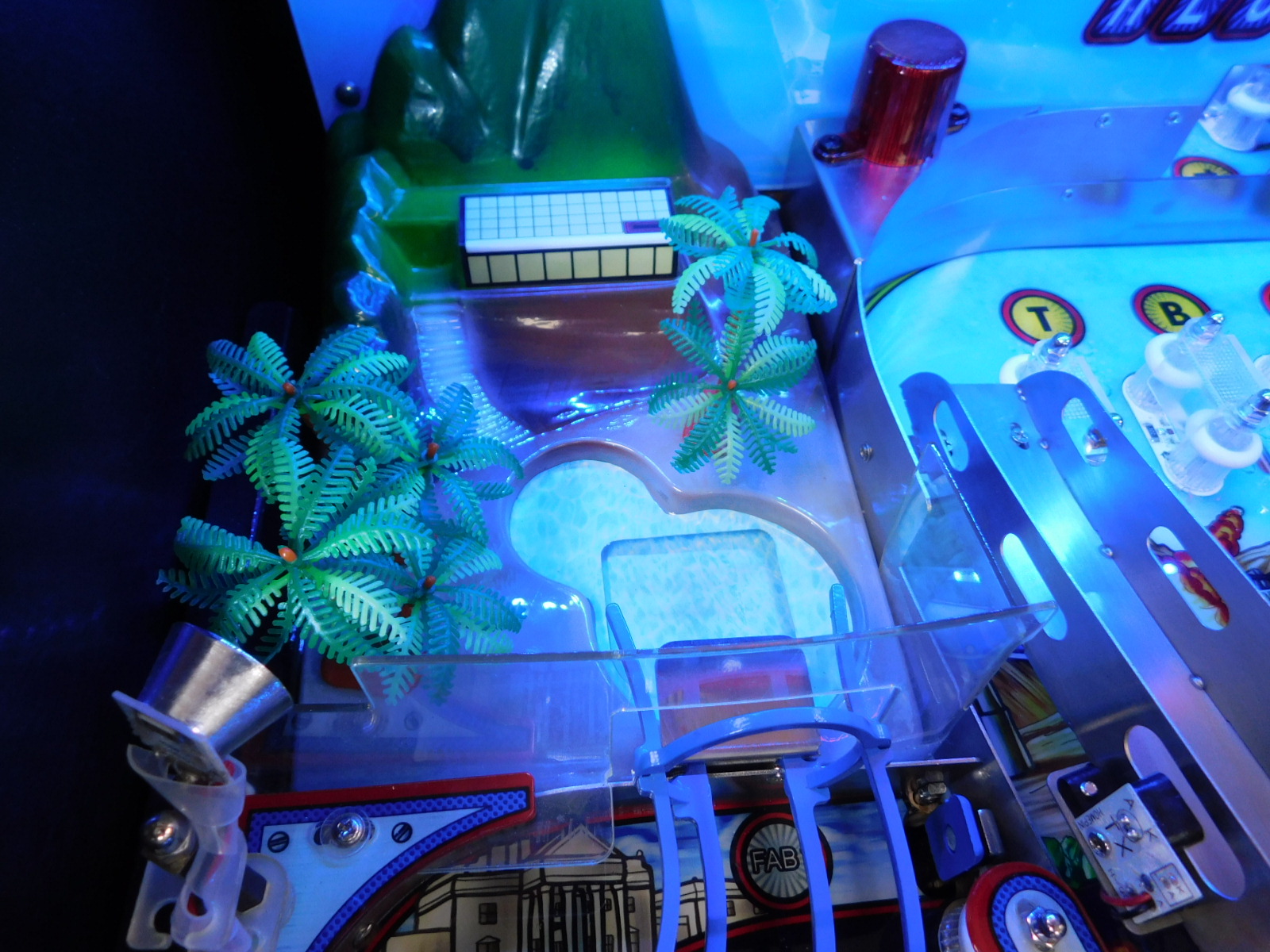 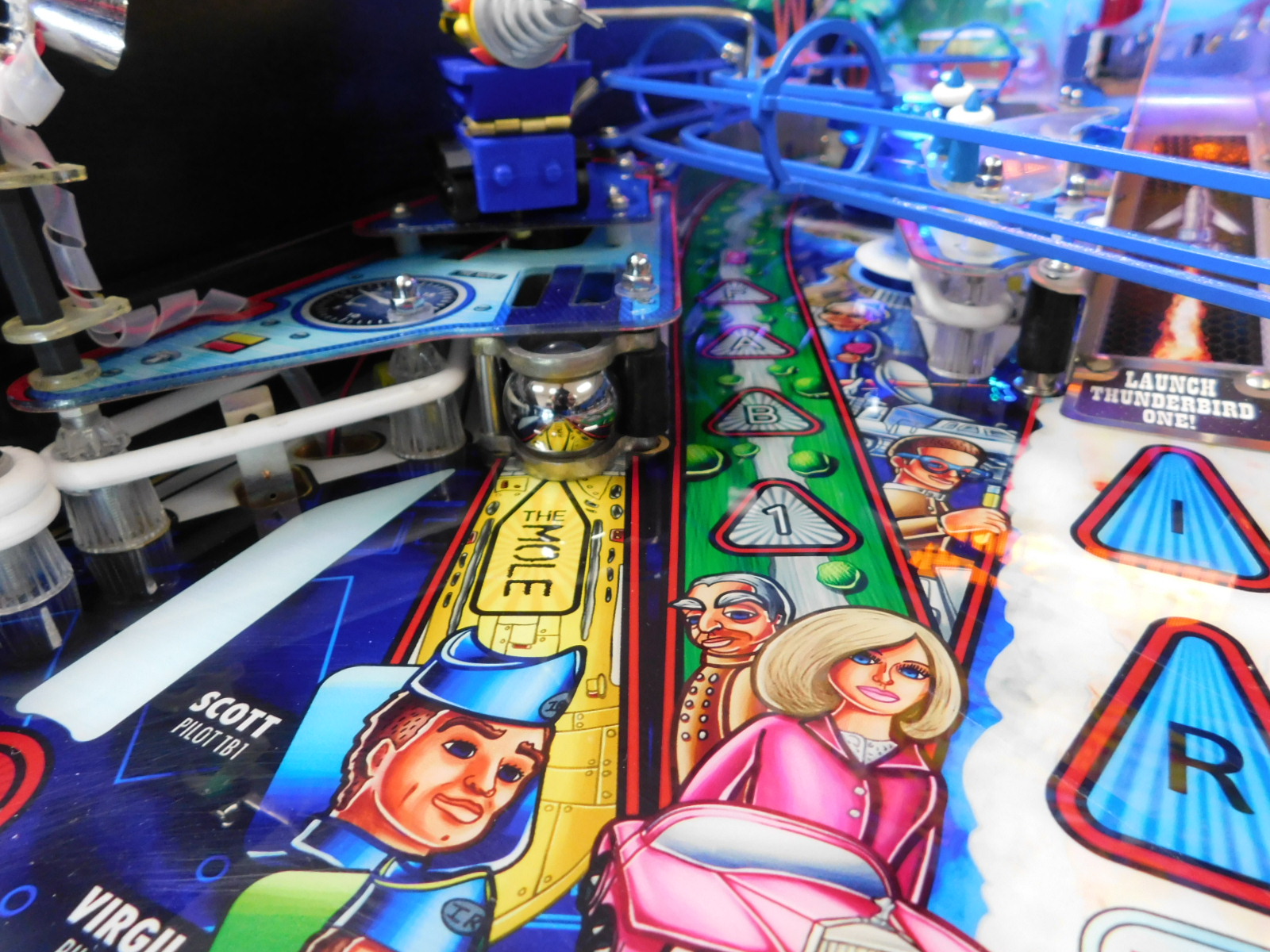 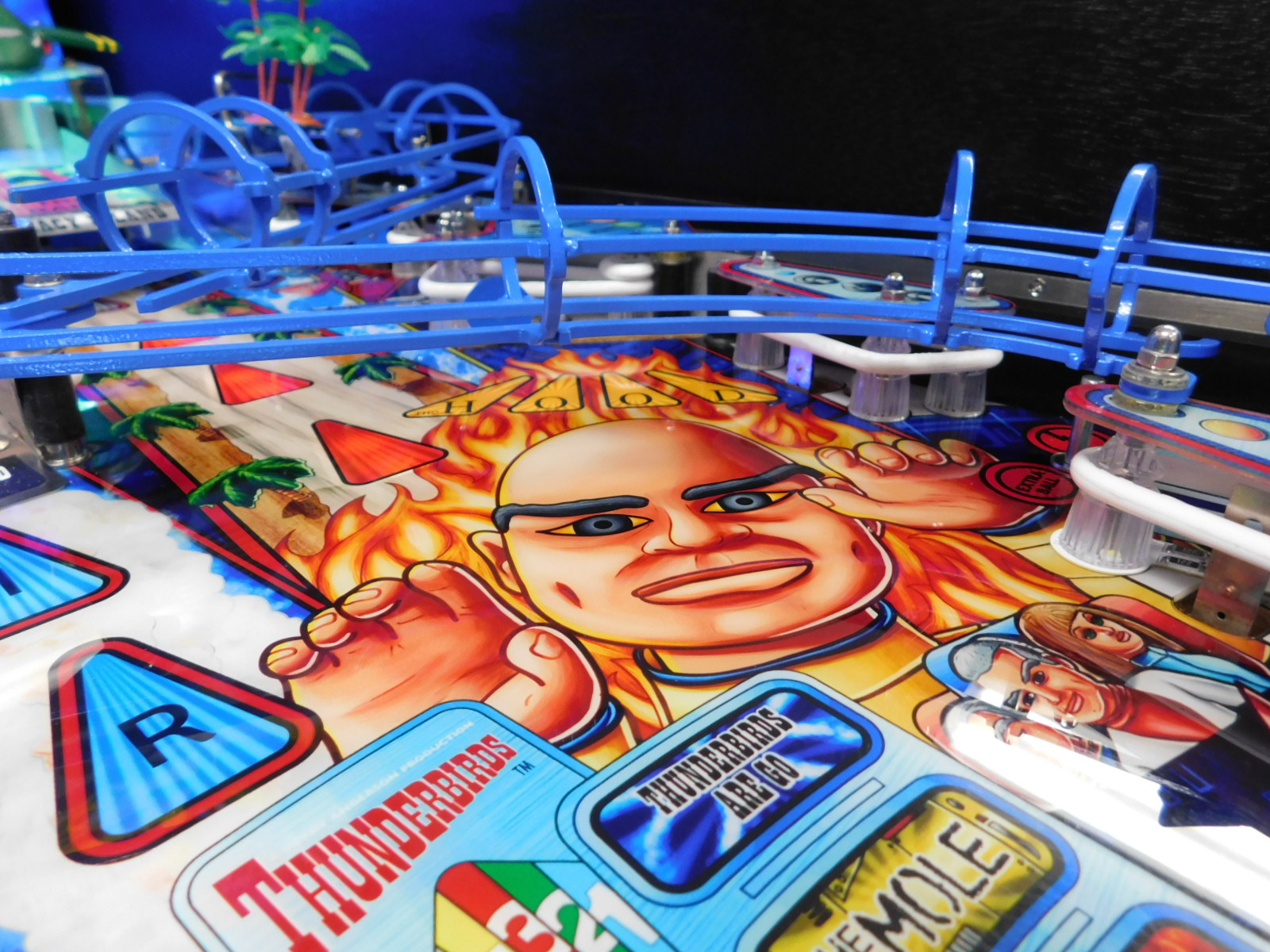 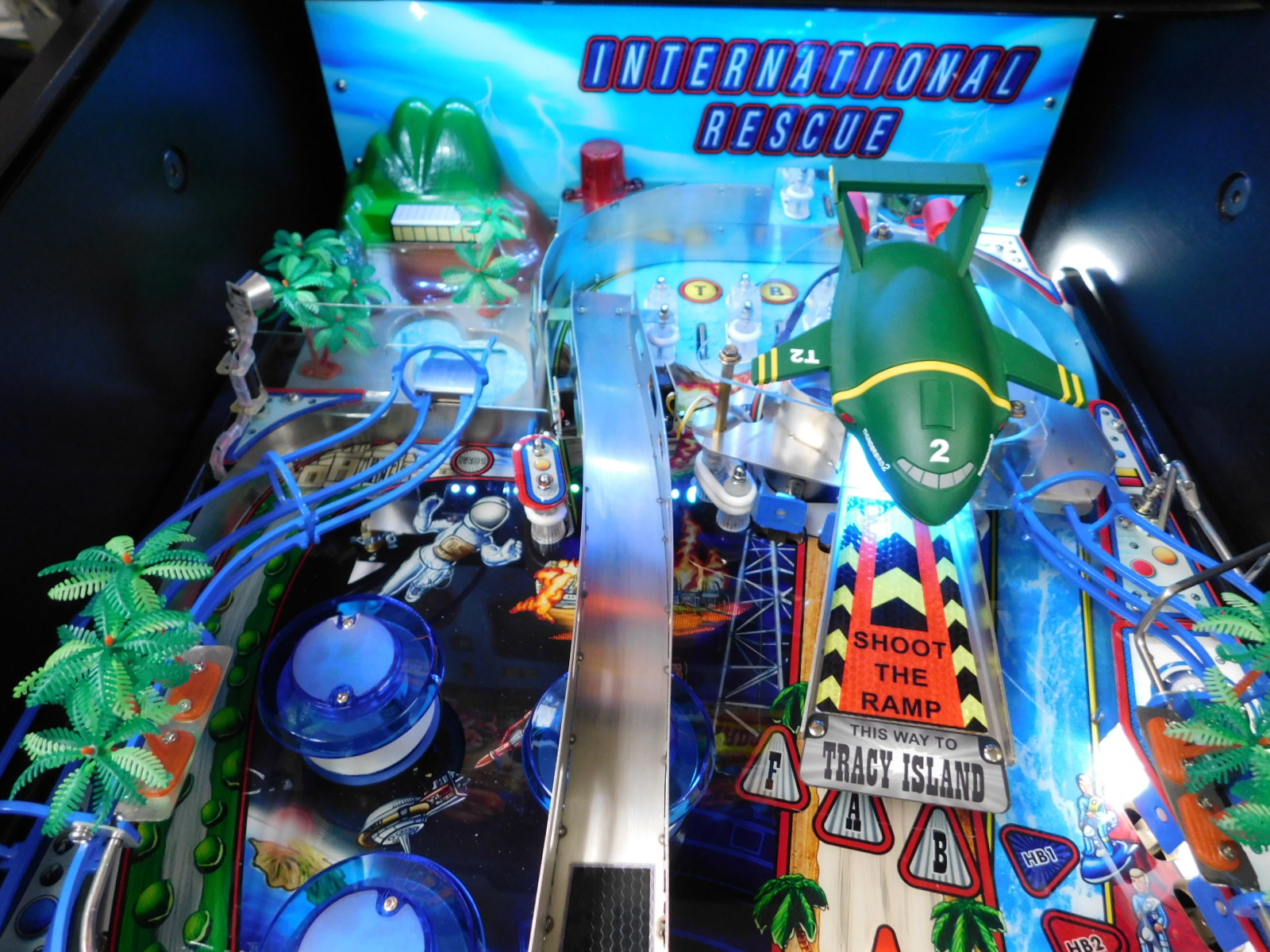 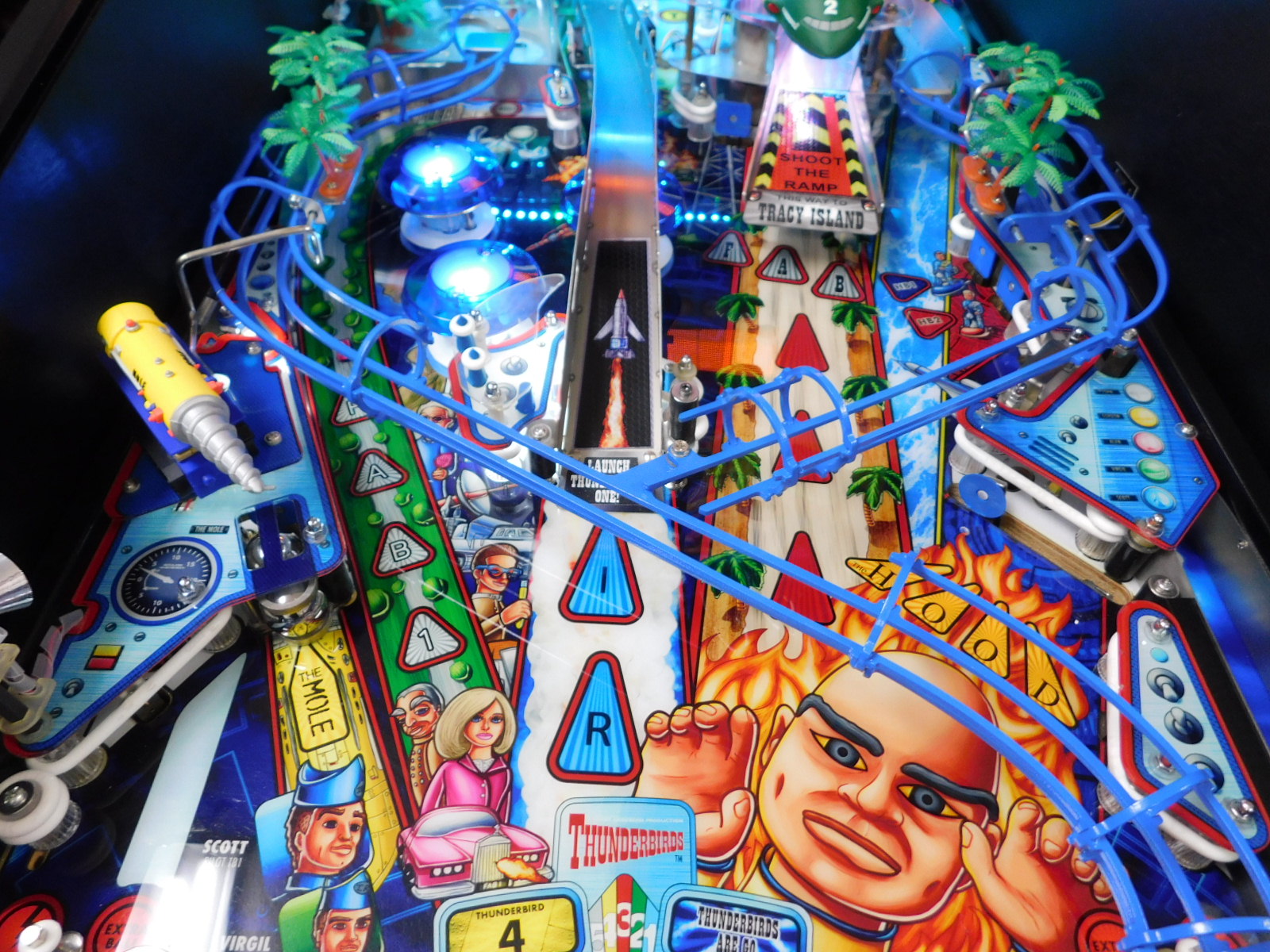 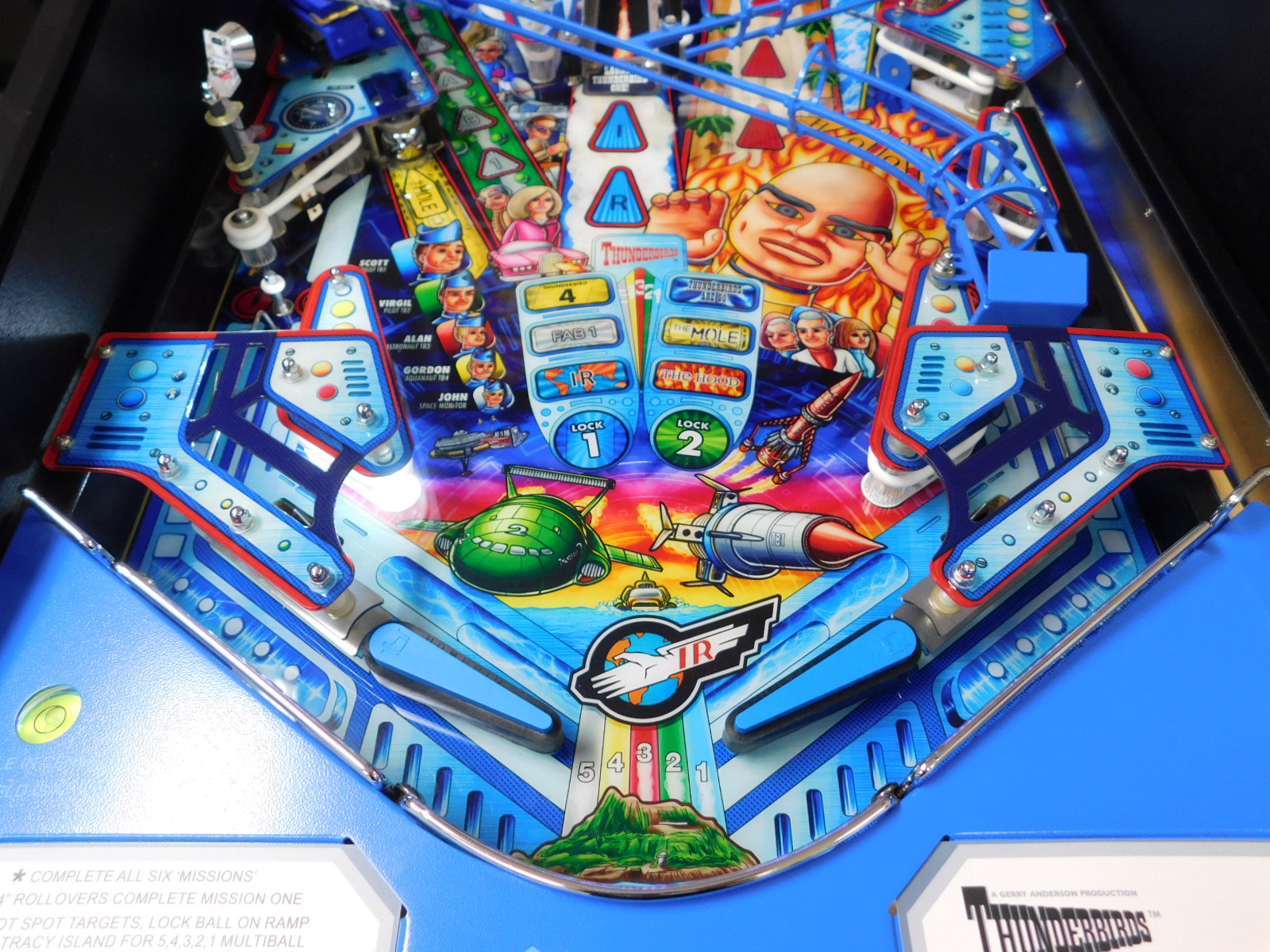 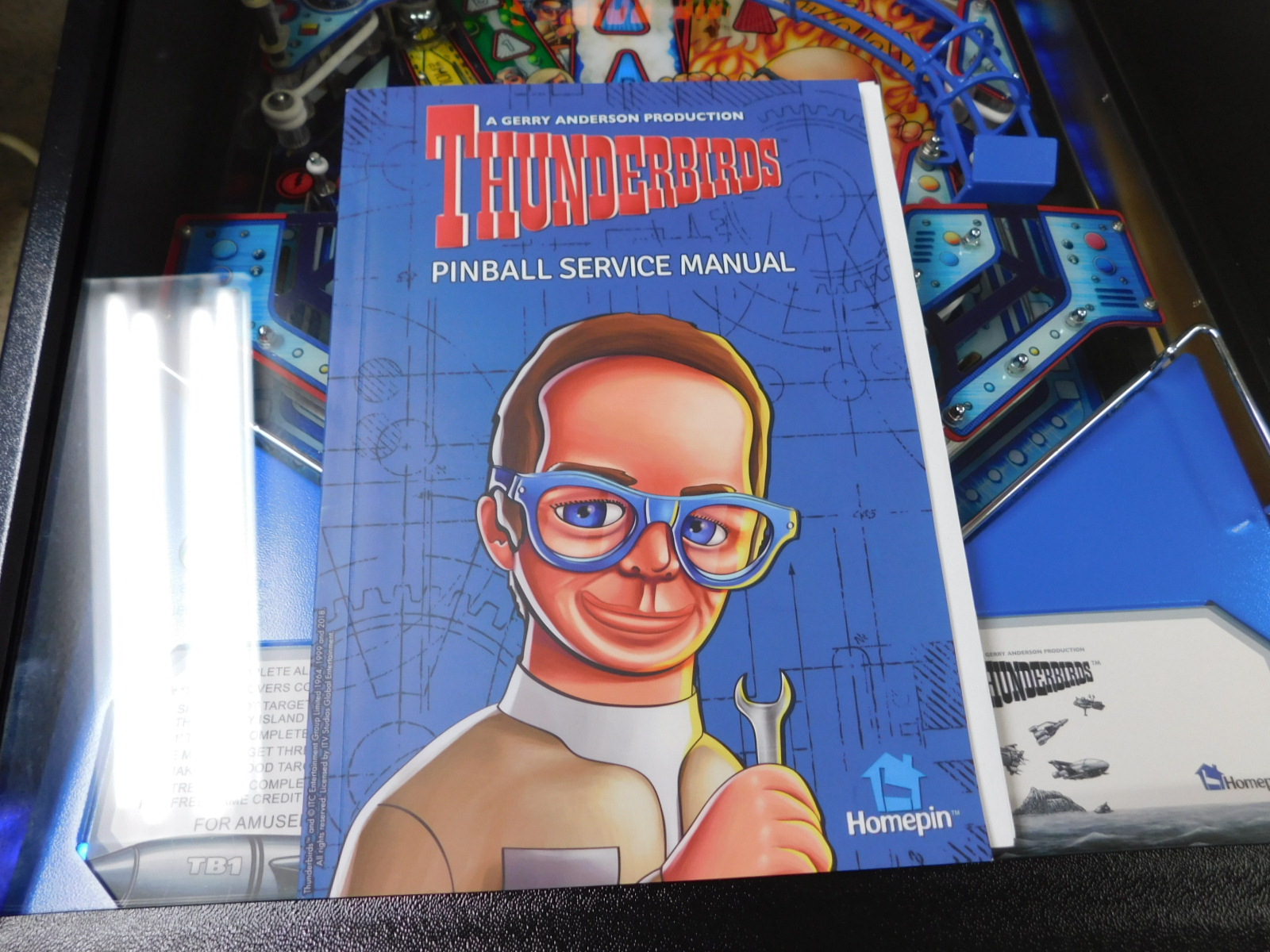 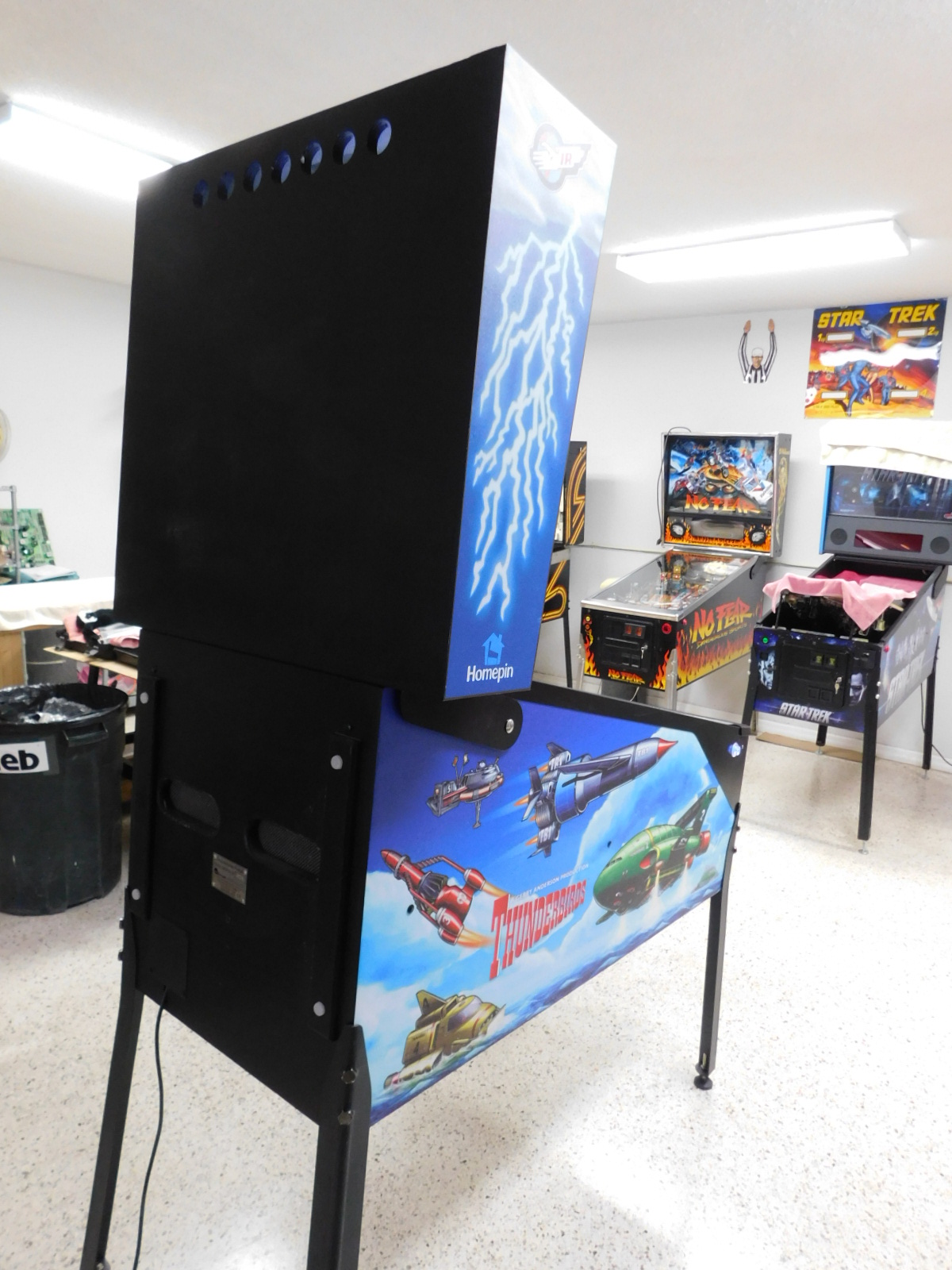 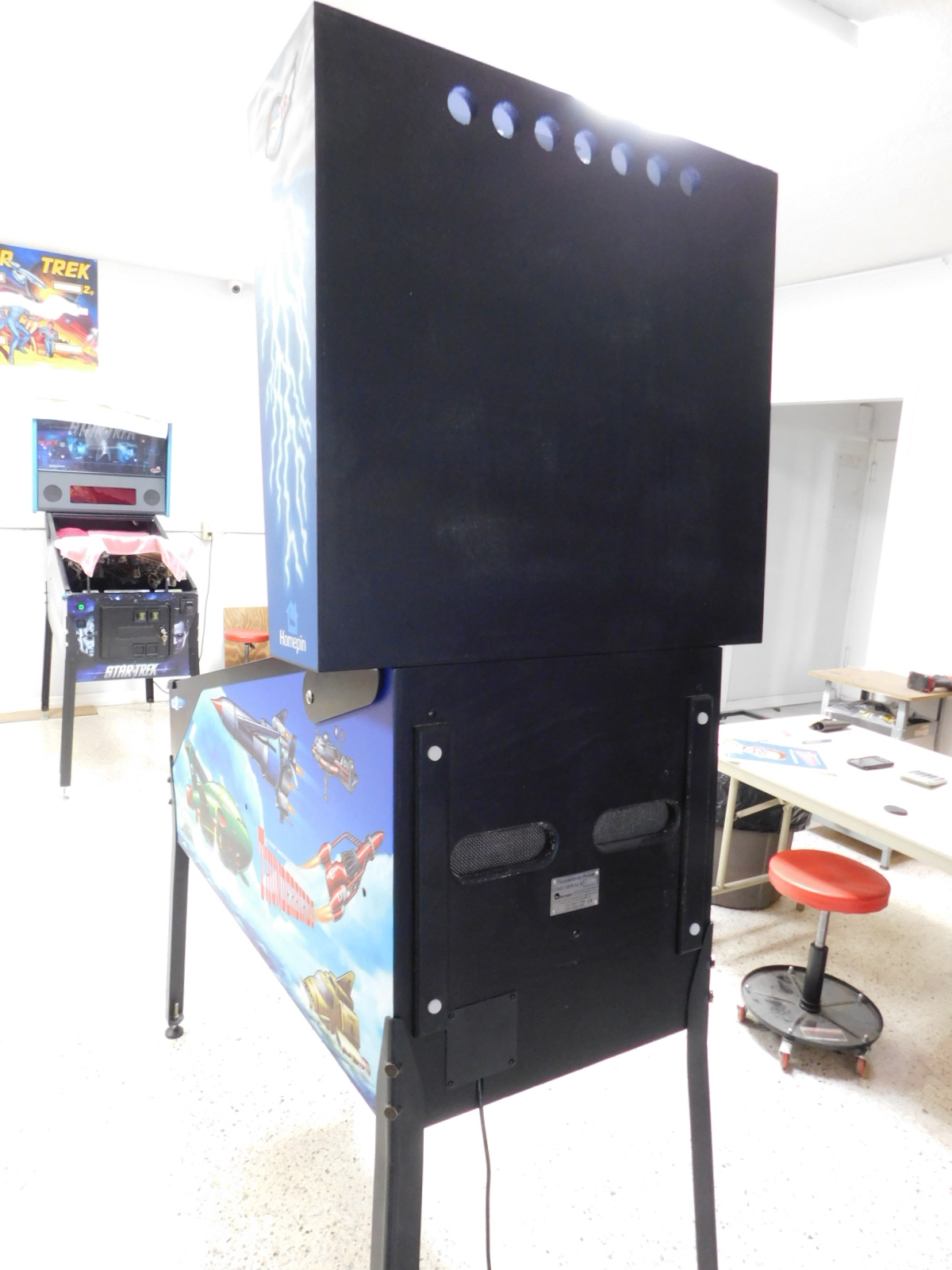 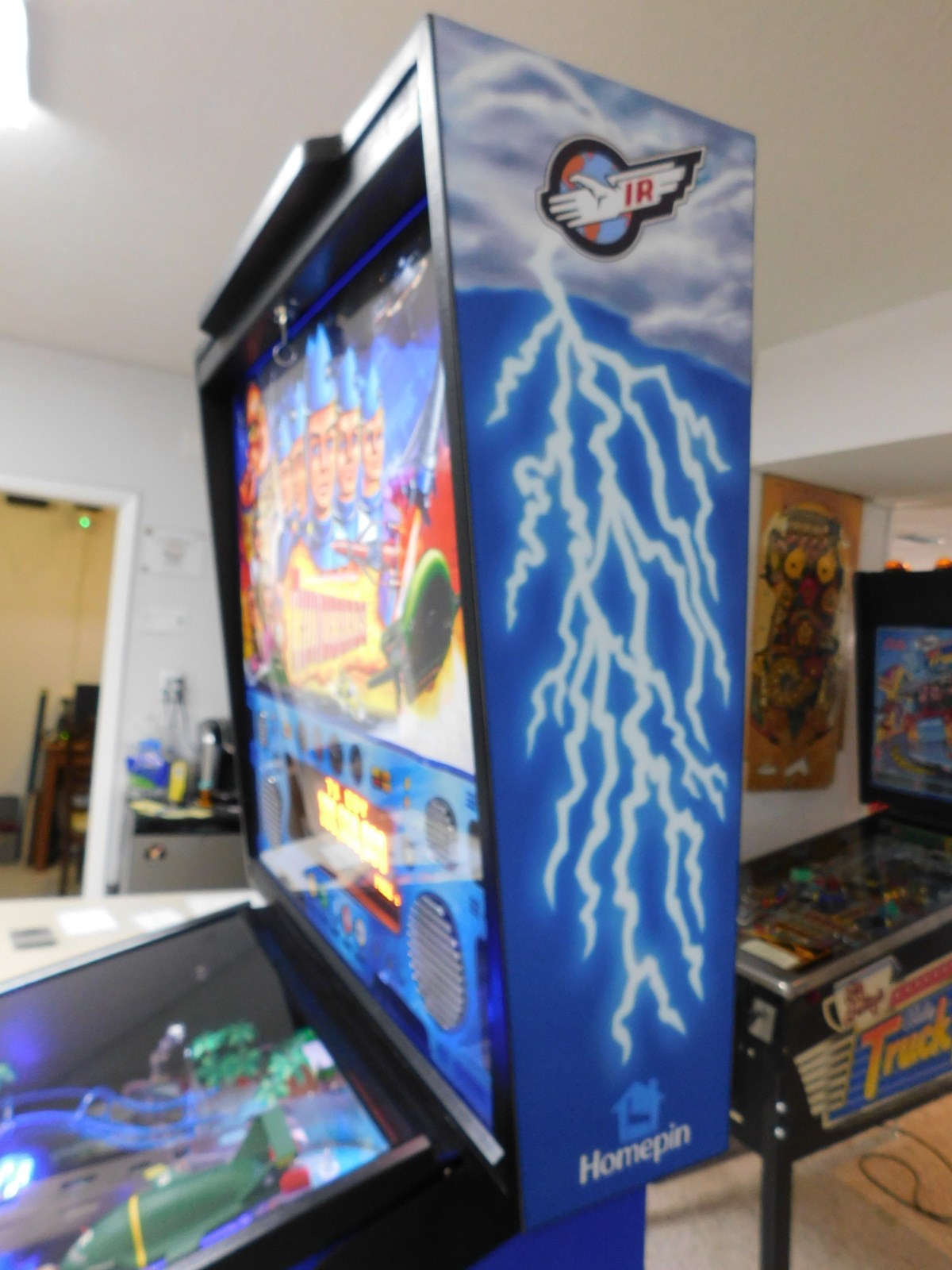 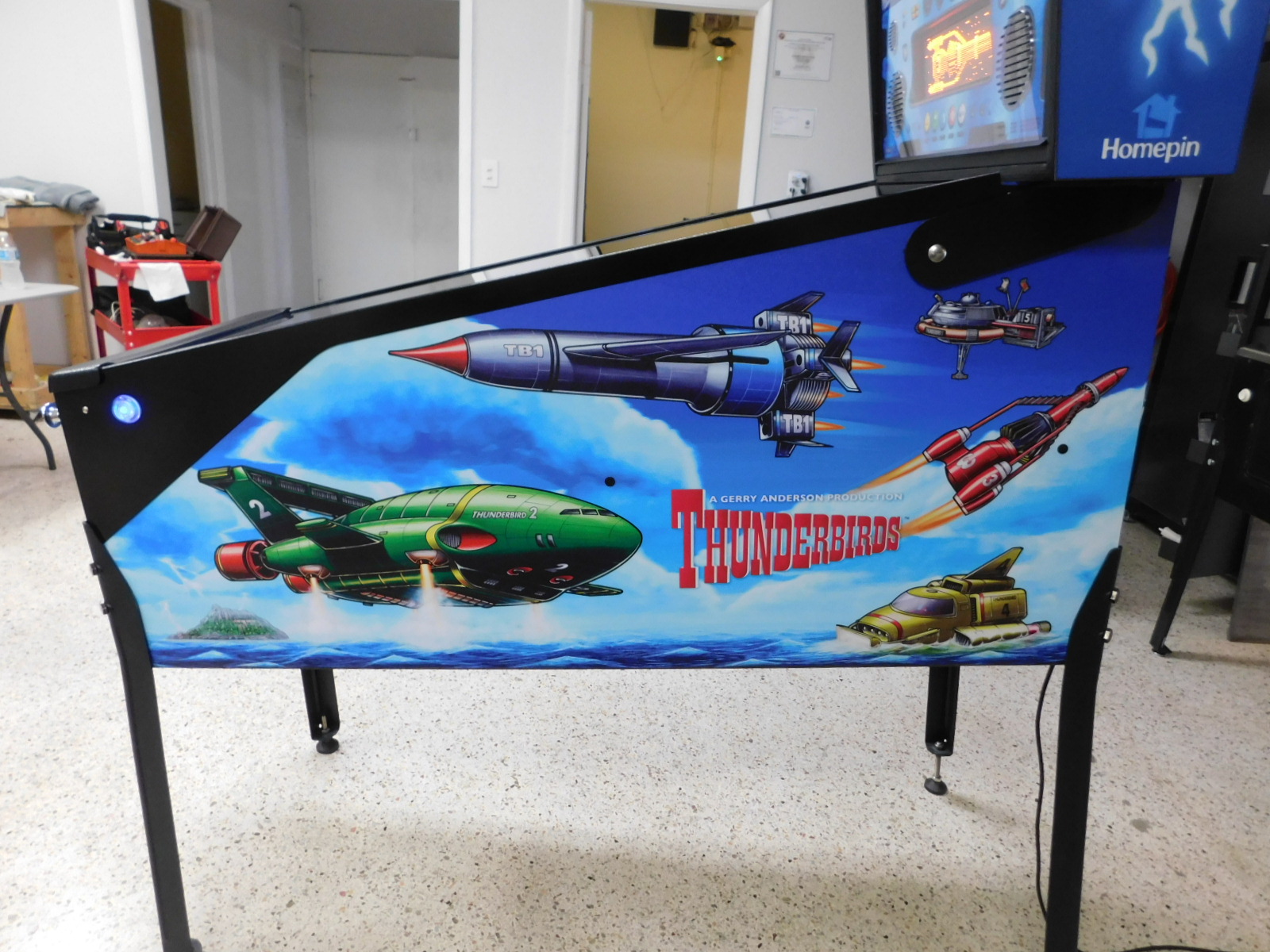 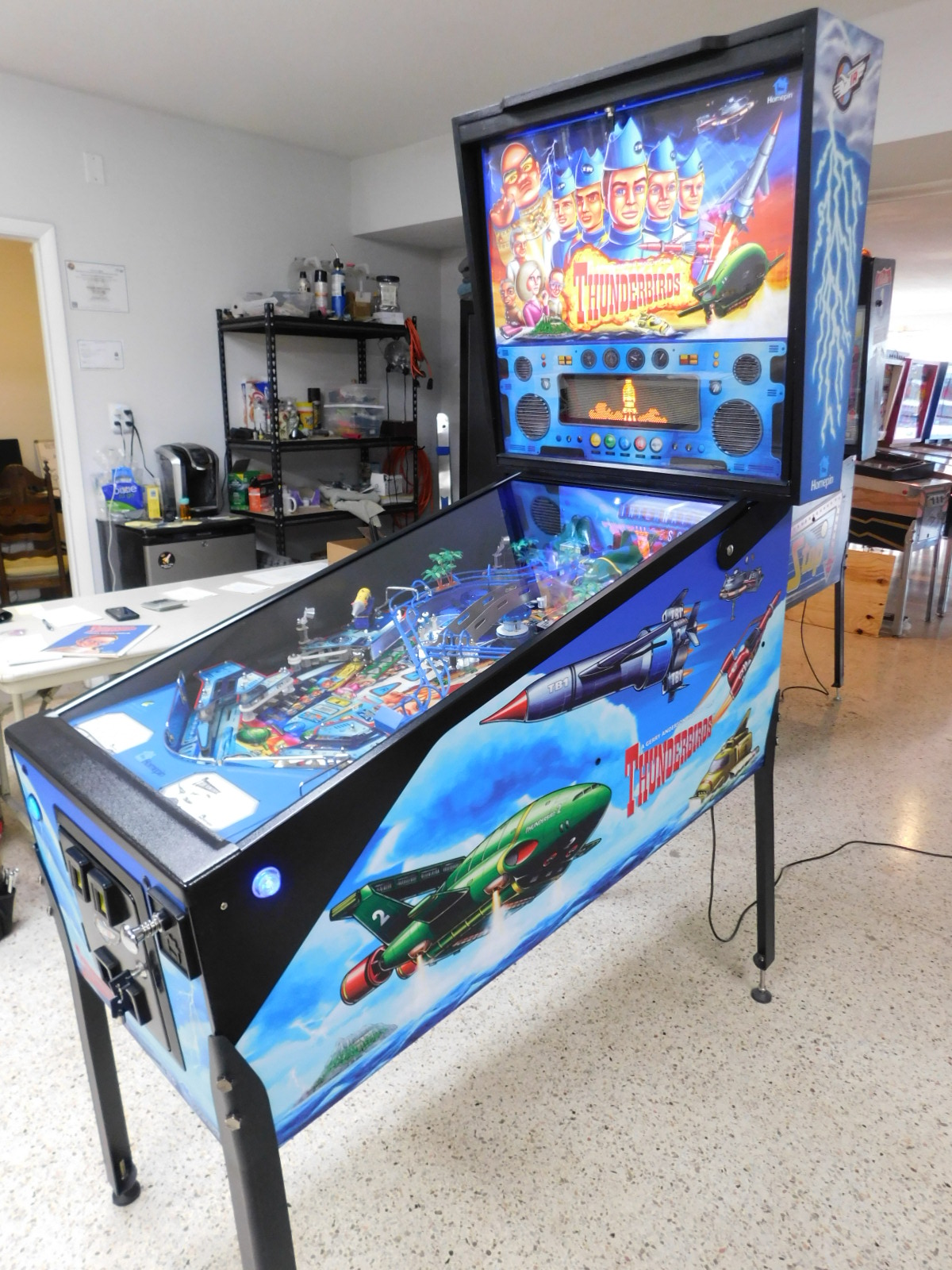 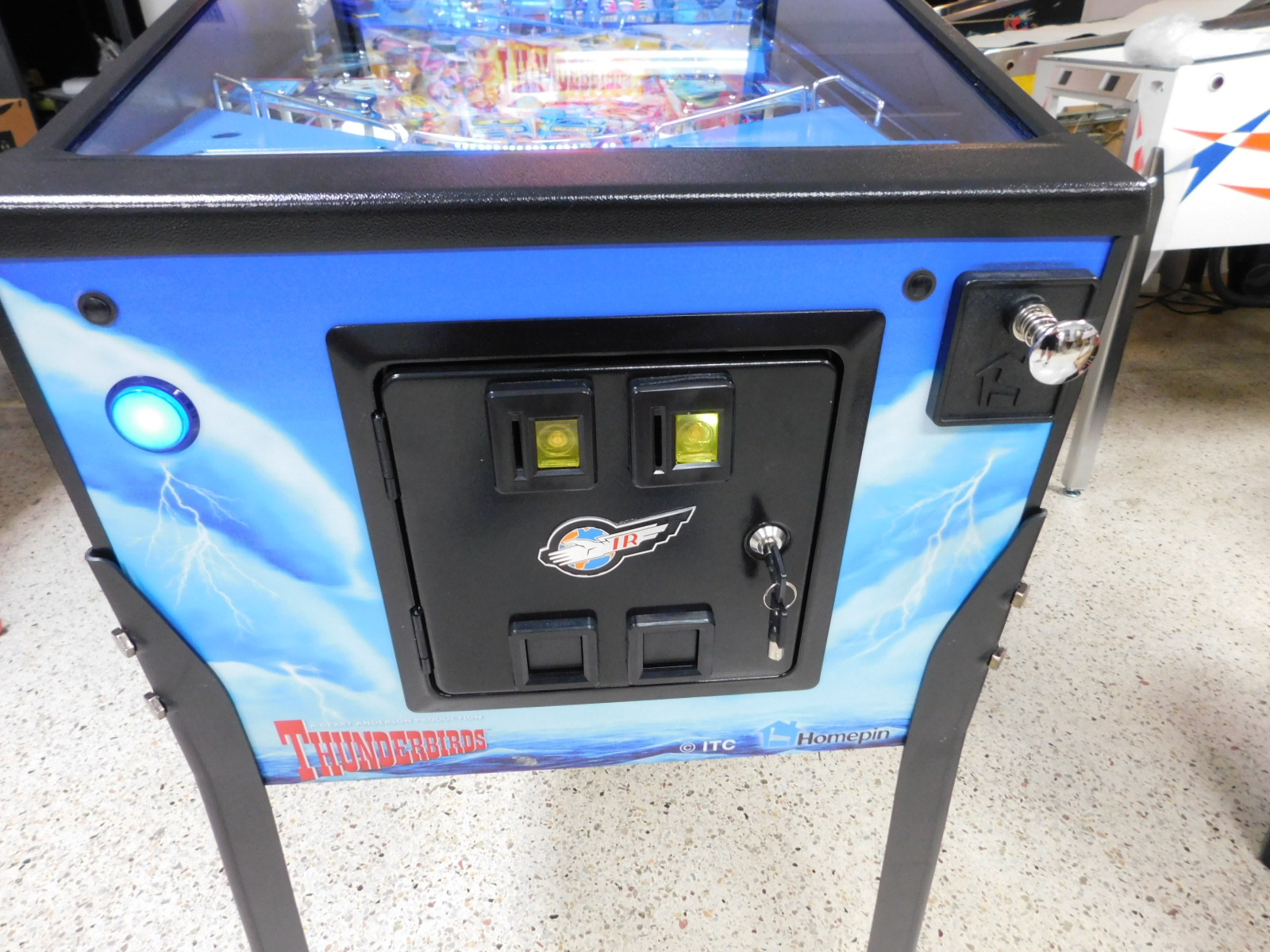 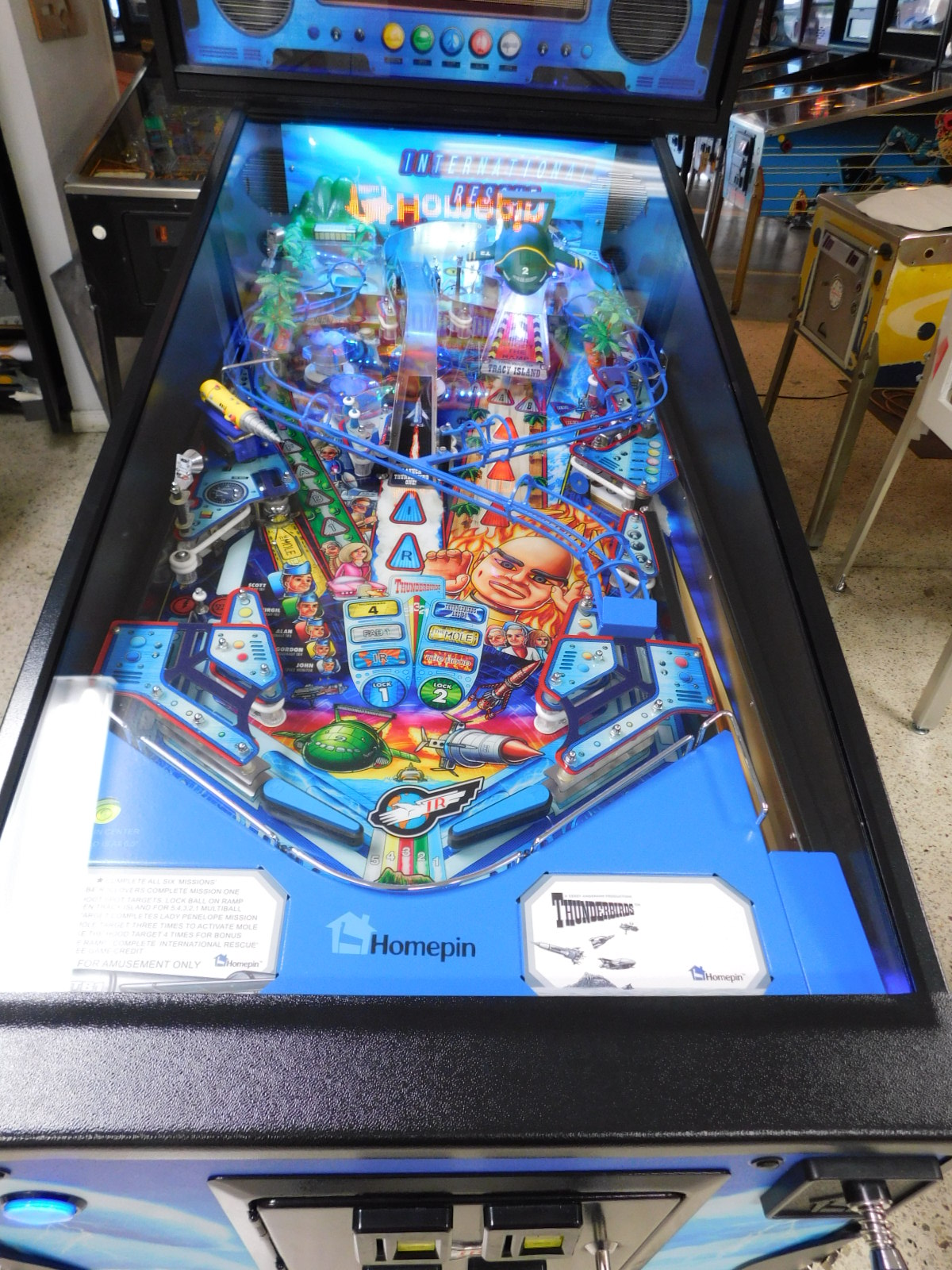 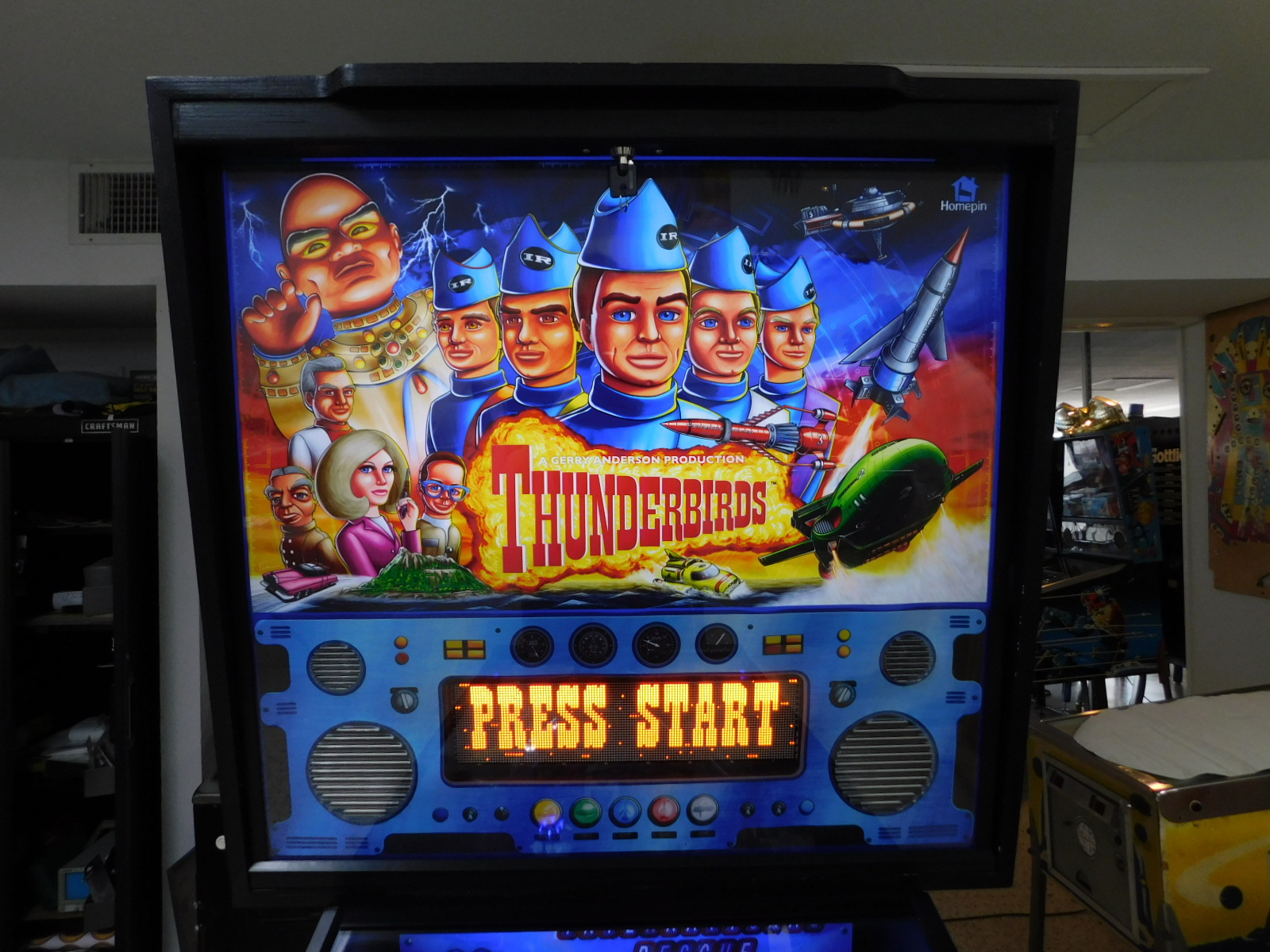 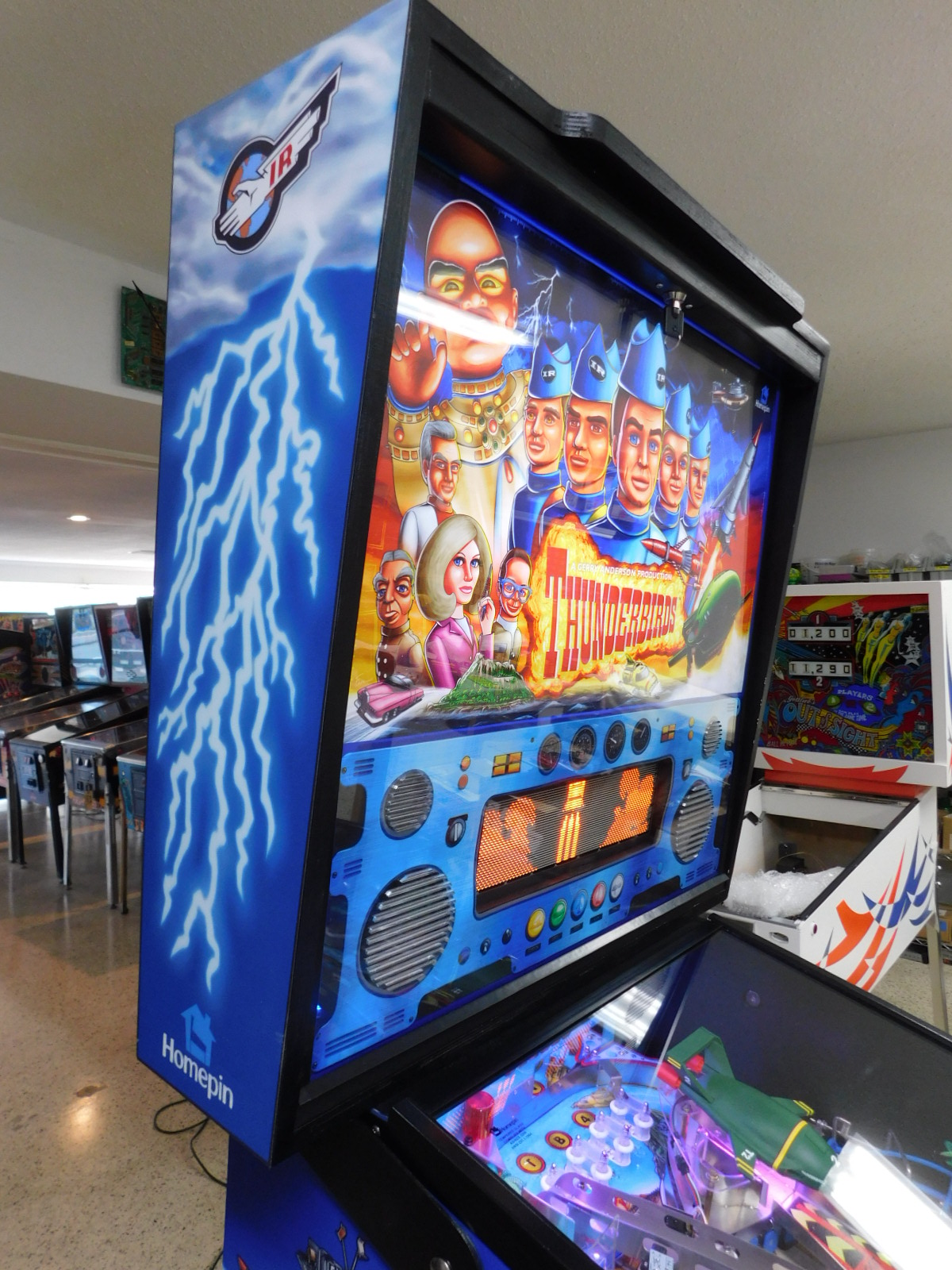 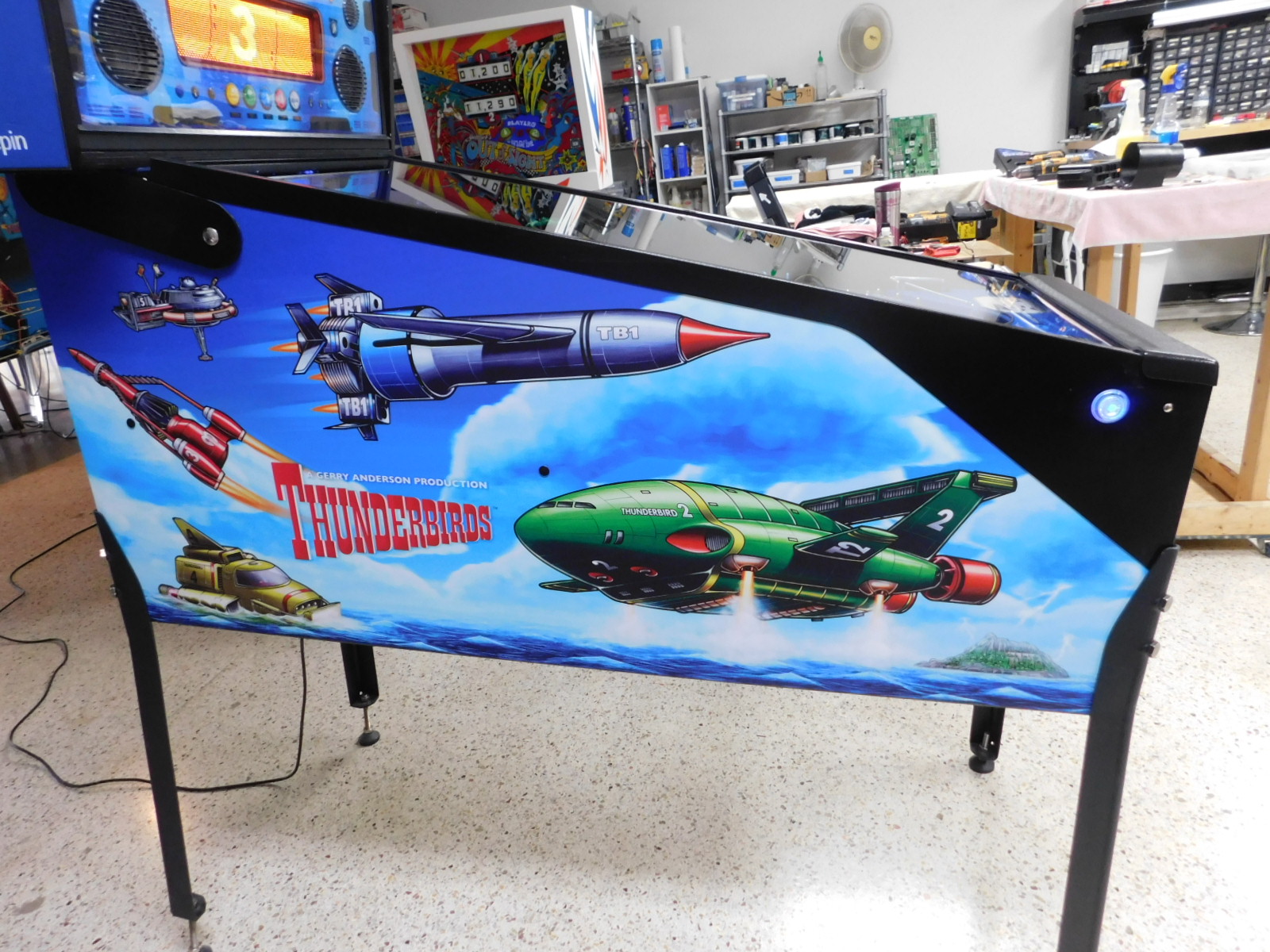 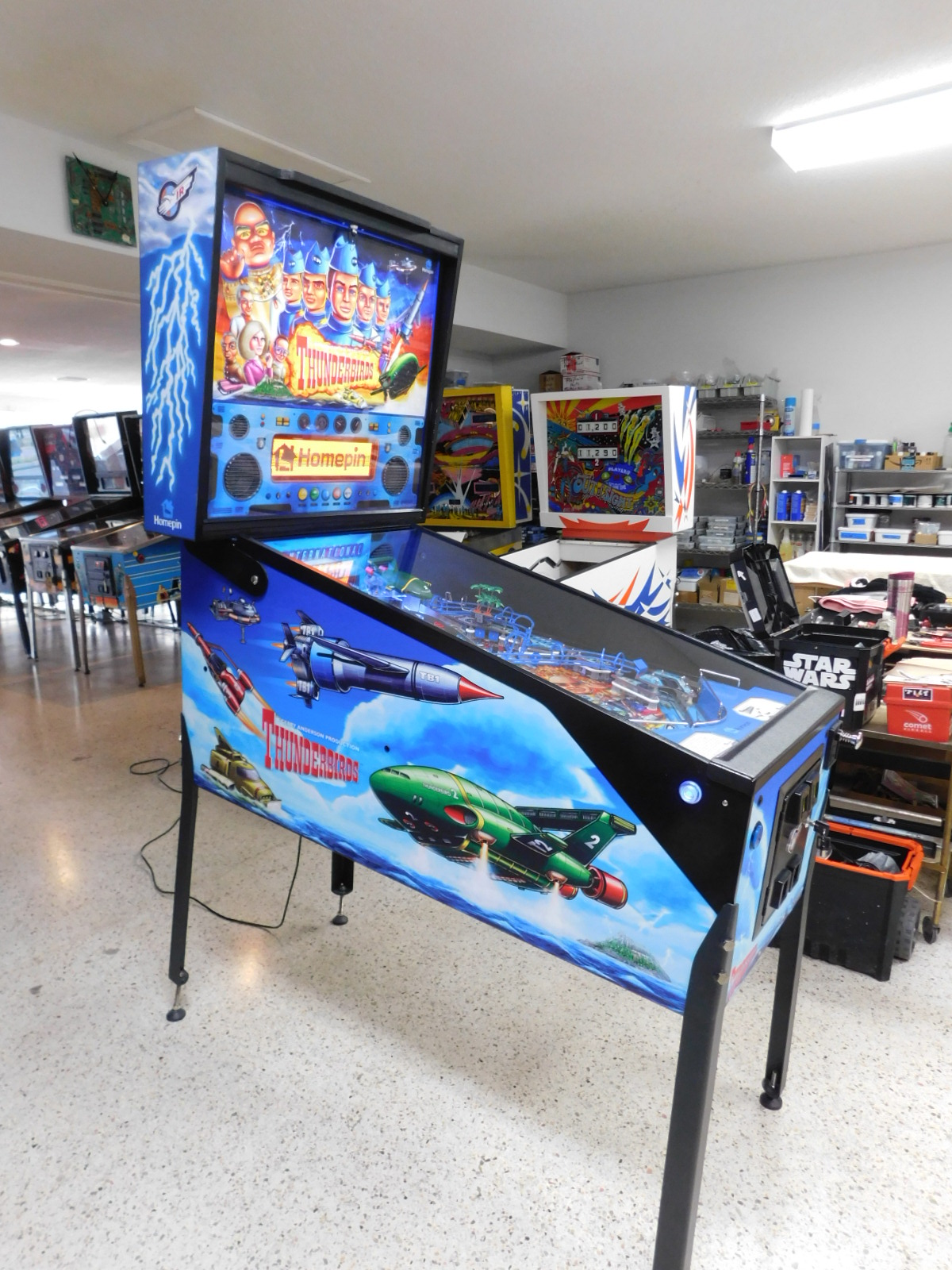 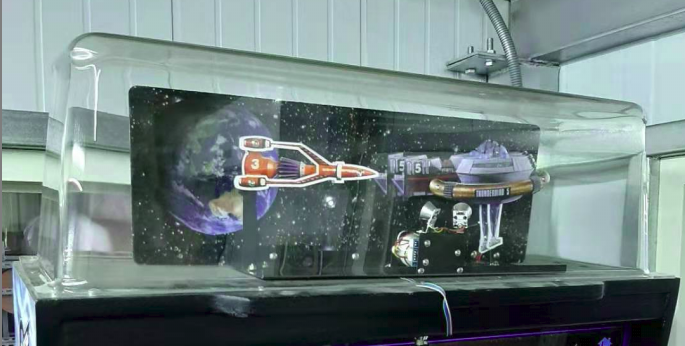