This special game was acquired from a family that has owned it since 1999. Game was in incredible overall condition when it arrived. Now that it has been completely gone thru, it really looks and plays like a new pin.

Cabinet was needed some paint touch up. Black head frame had some damage to both sides. Frame was repaired and repainted black. Two piece backglass were removed and cleaned. LED lights were added throughout the game. Both upper and lower playfield were removed and stripped down. They were cleaned and polished with Novus products then waxed. Pop bumpers were fully rebuilt underneath. New rubber kit was installed. Minor circuit board repairs were done.

Game looks and plays like new. Probably one of the nicest Black Holes you will see. 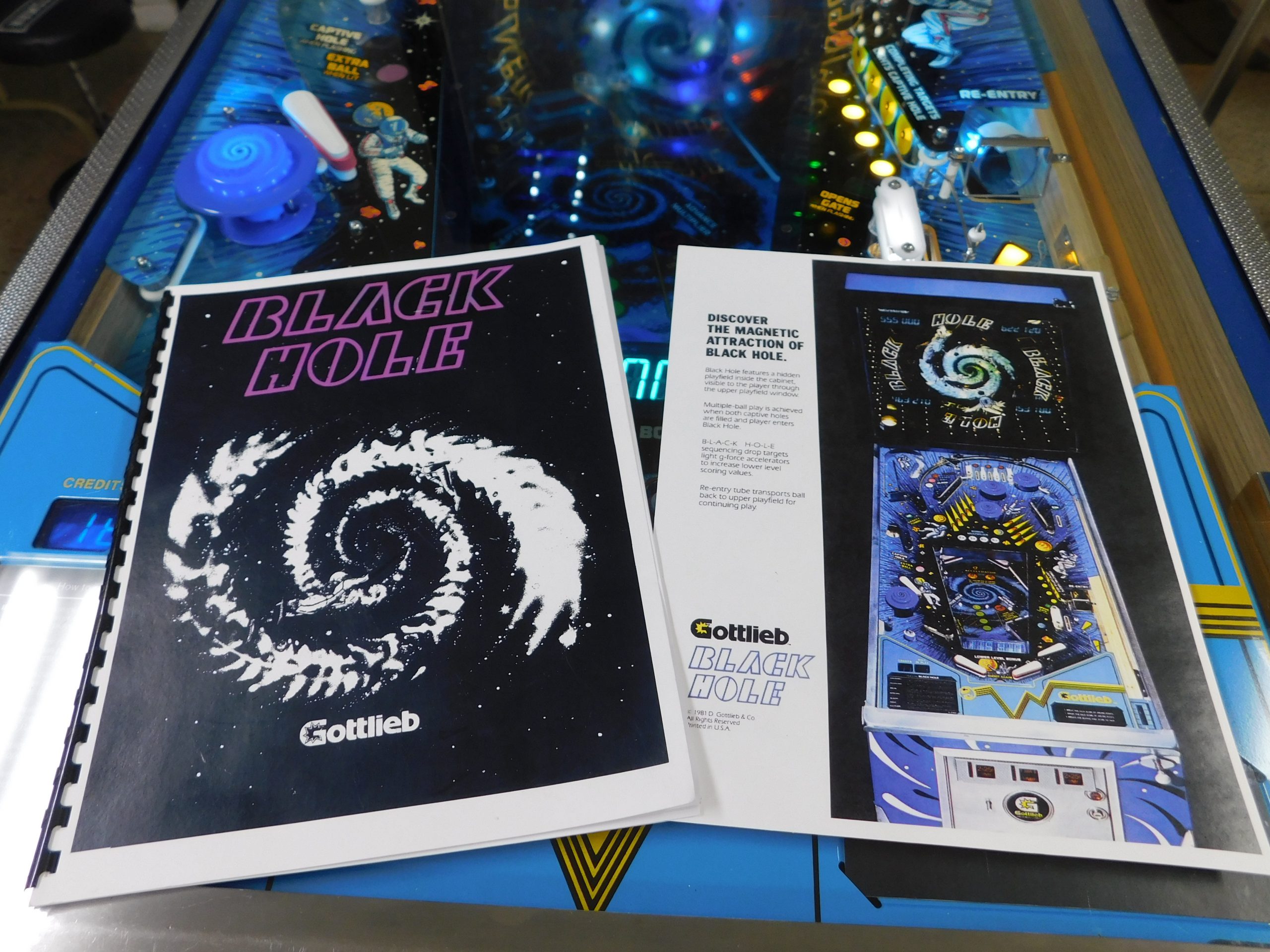 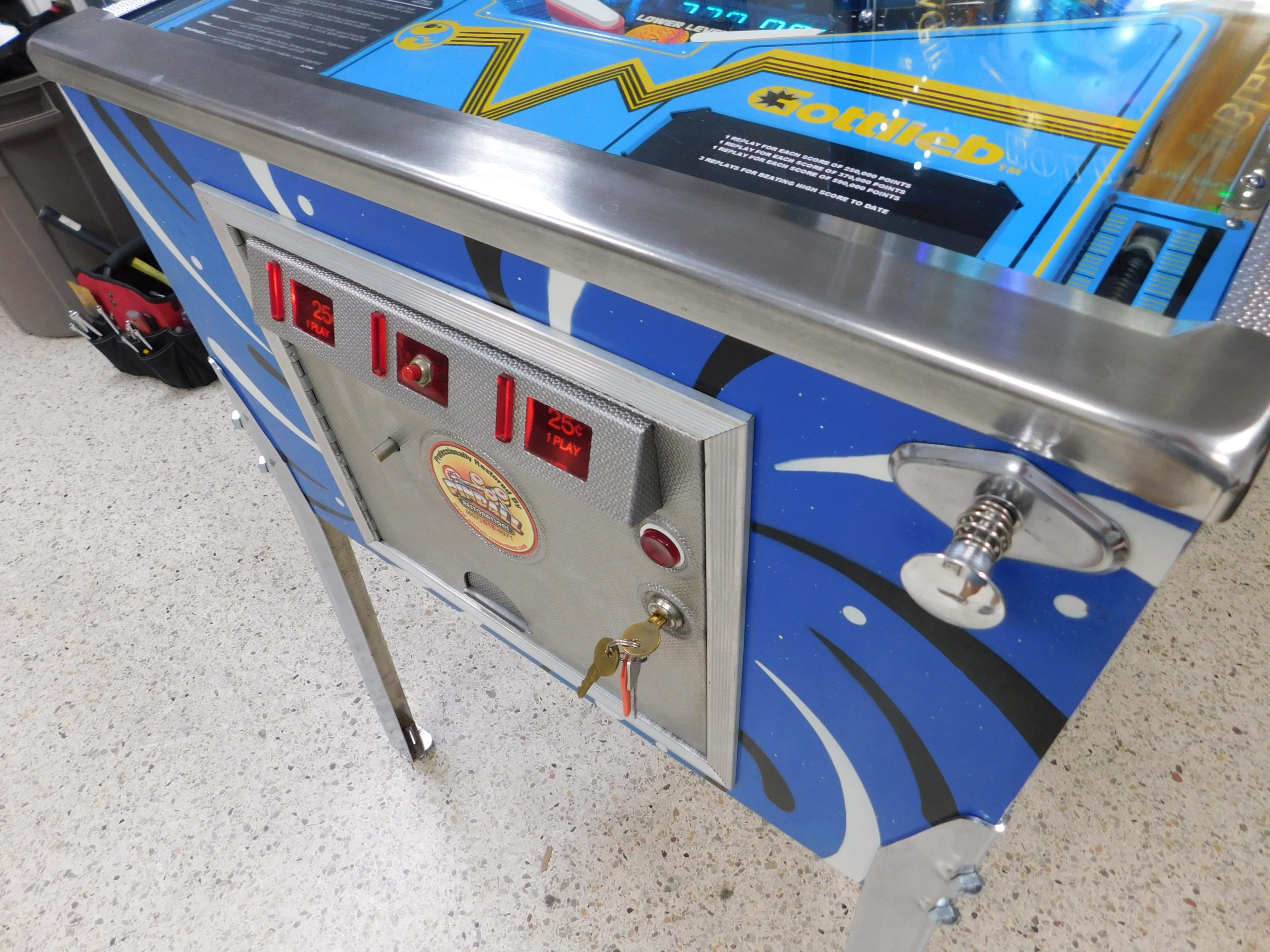 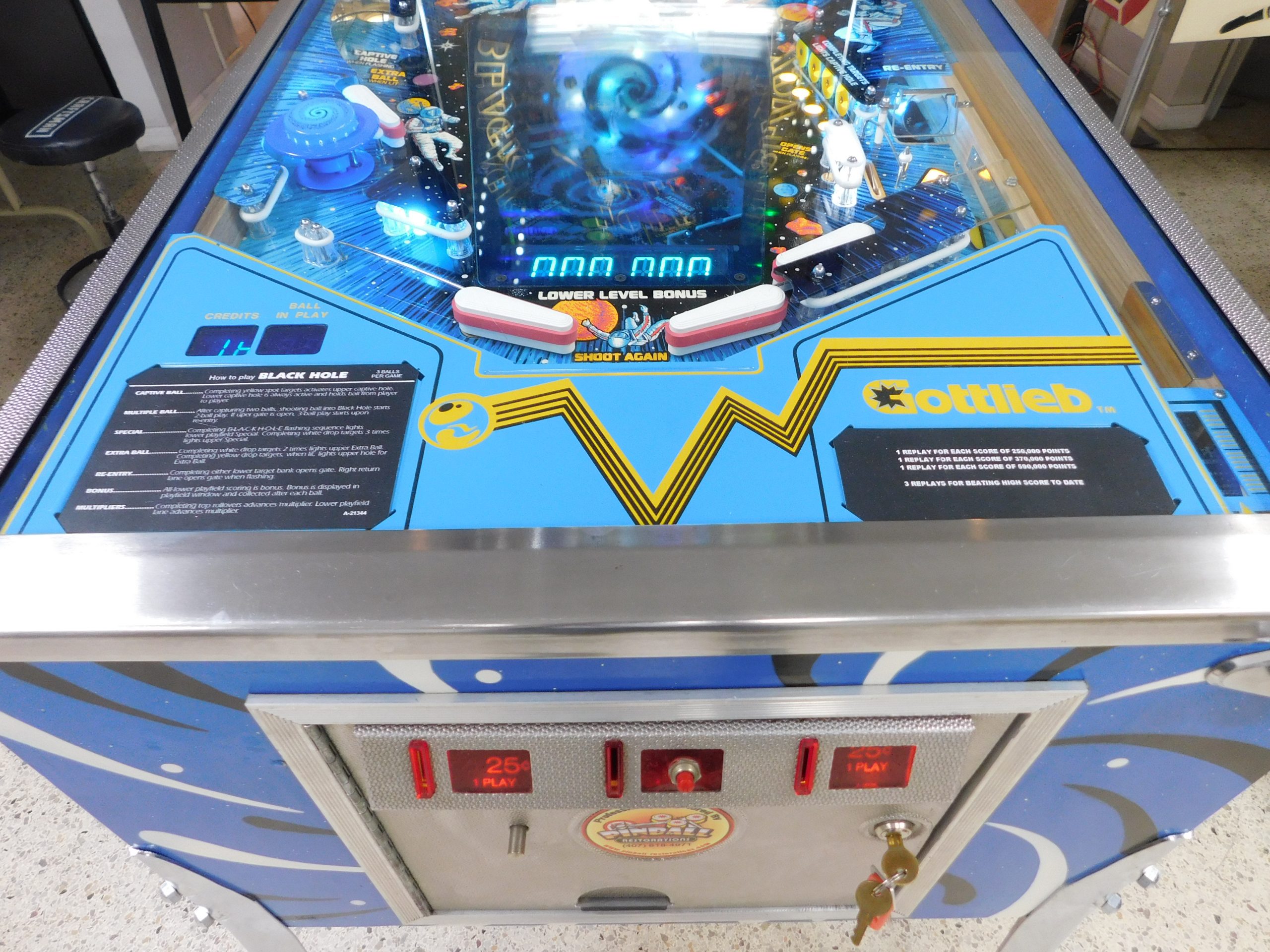 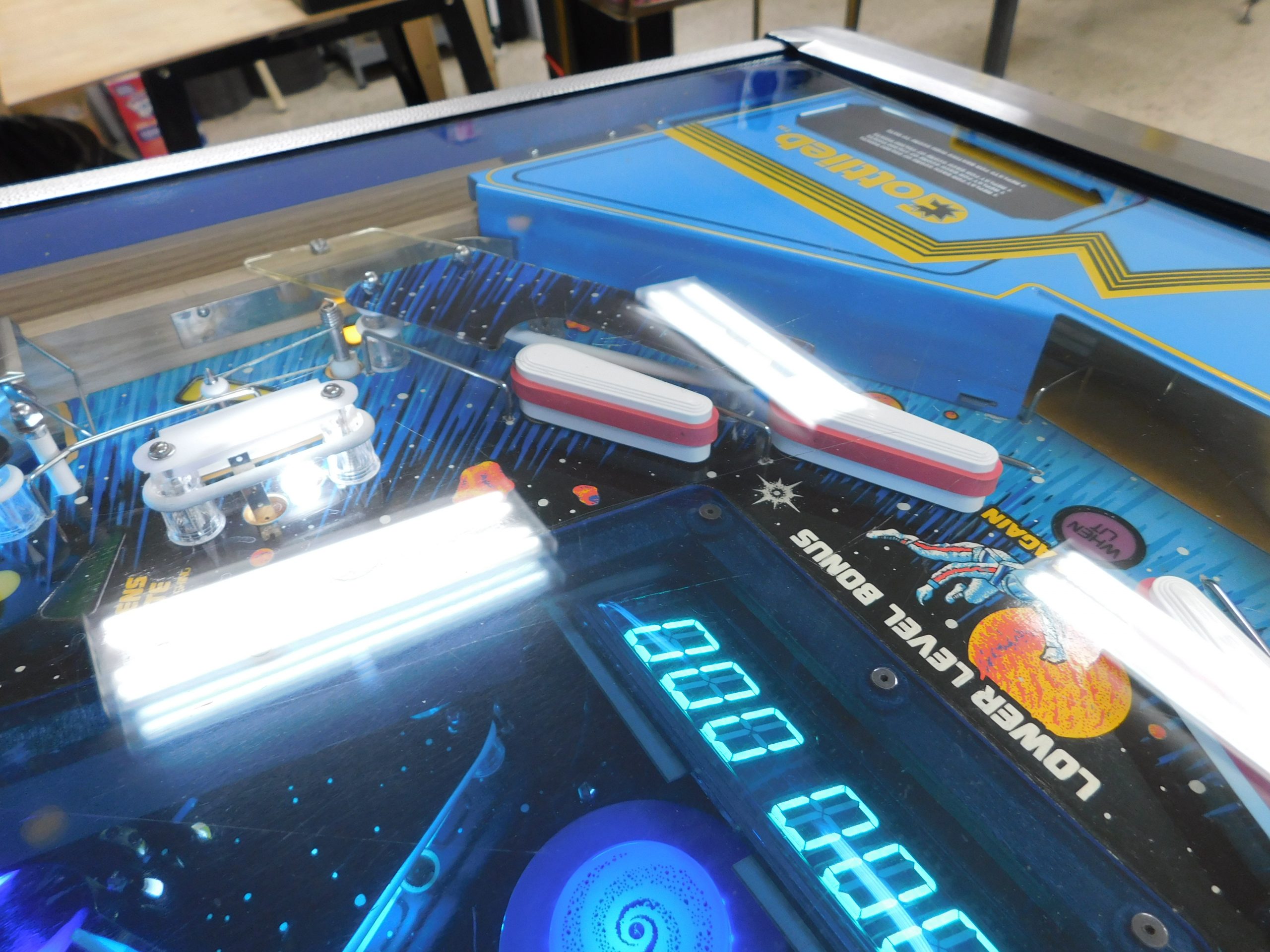 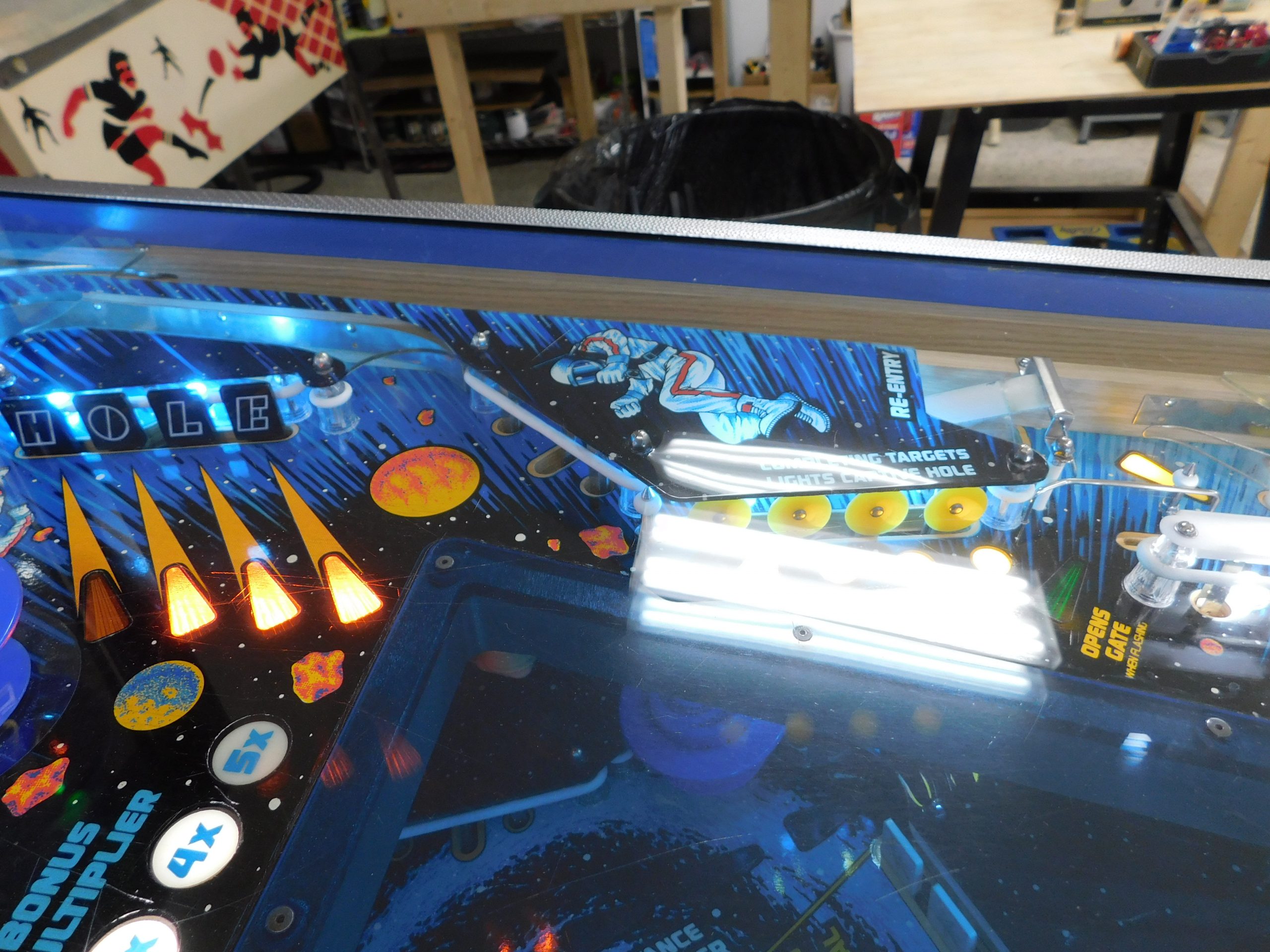 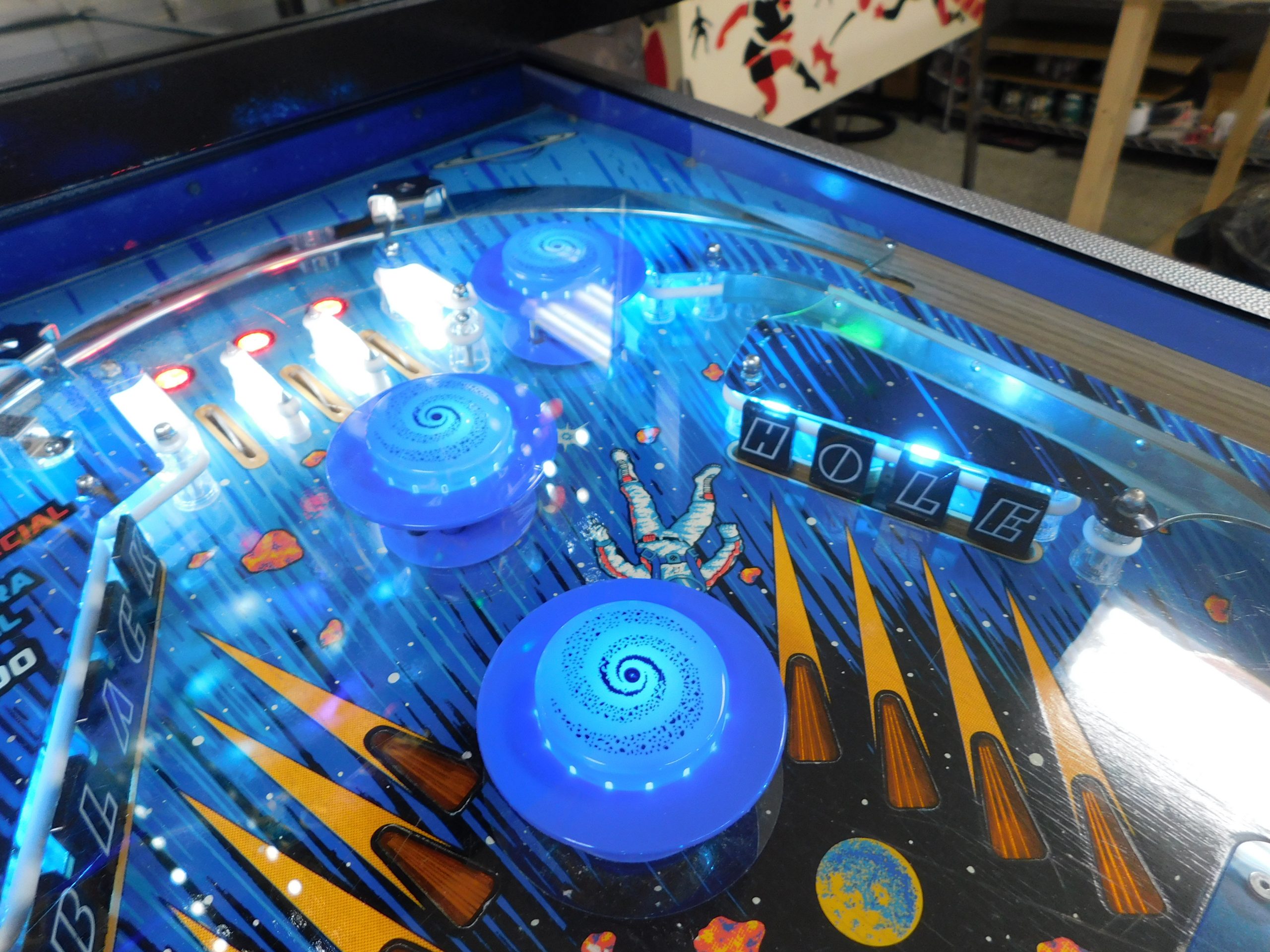 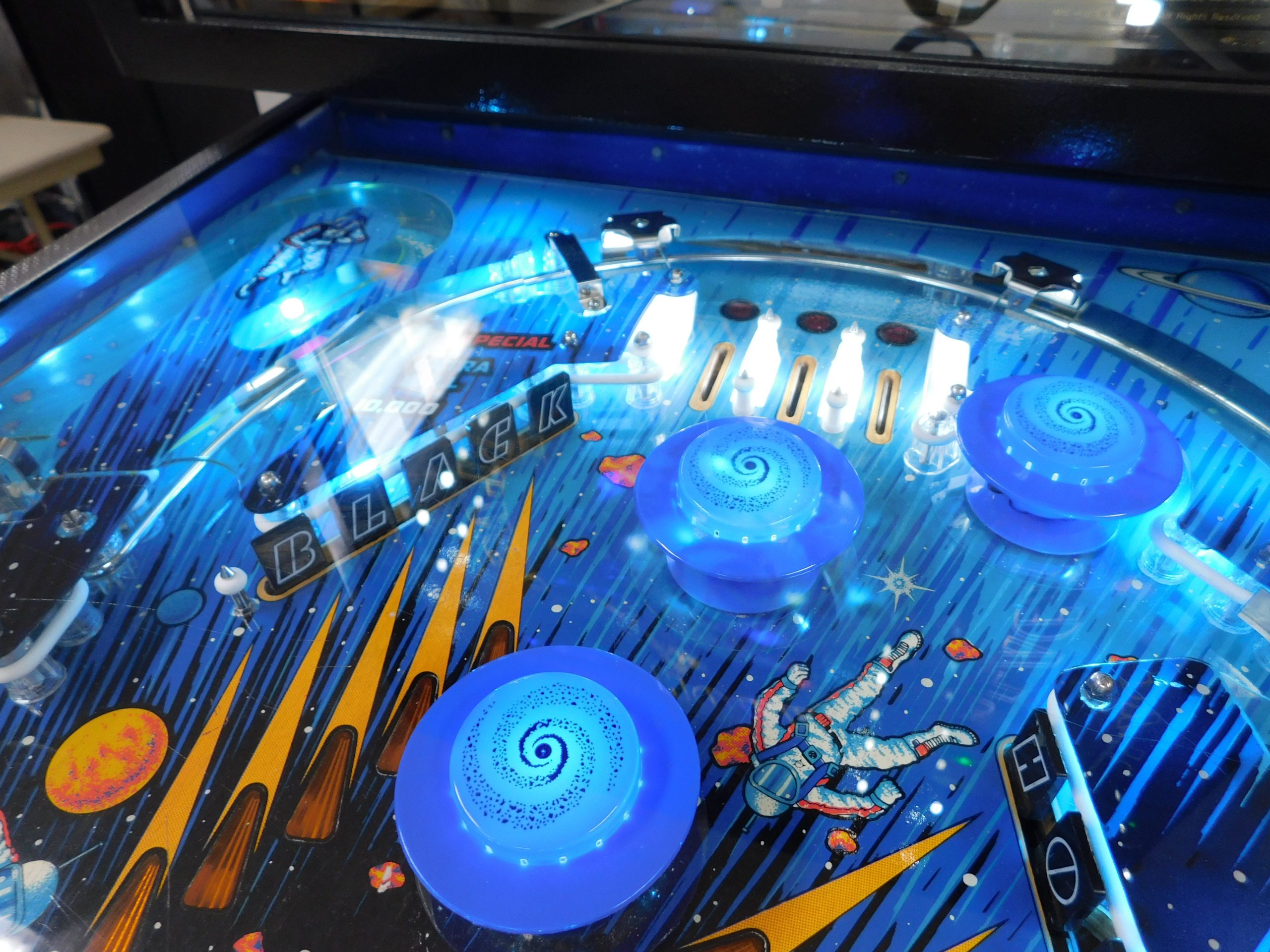 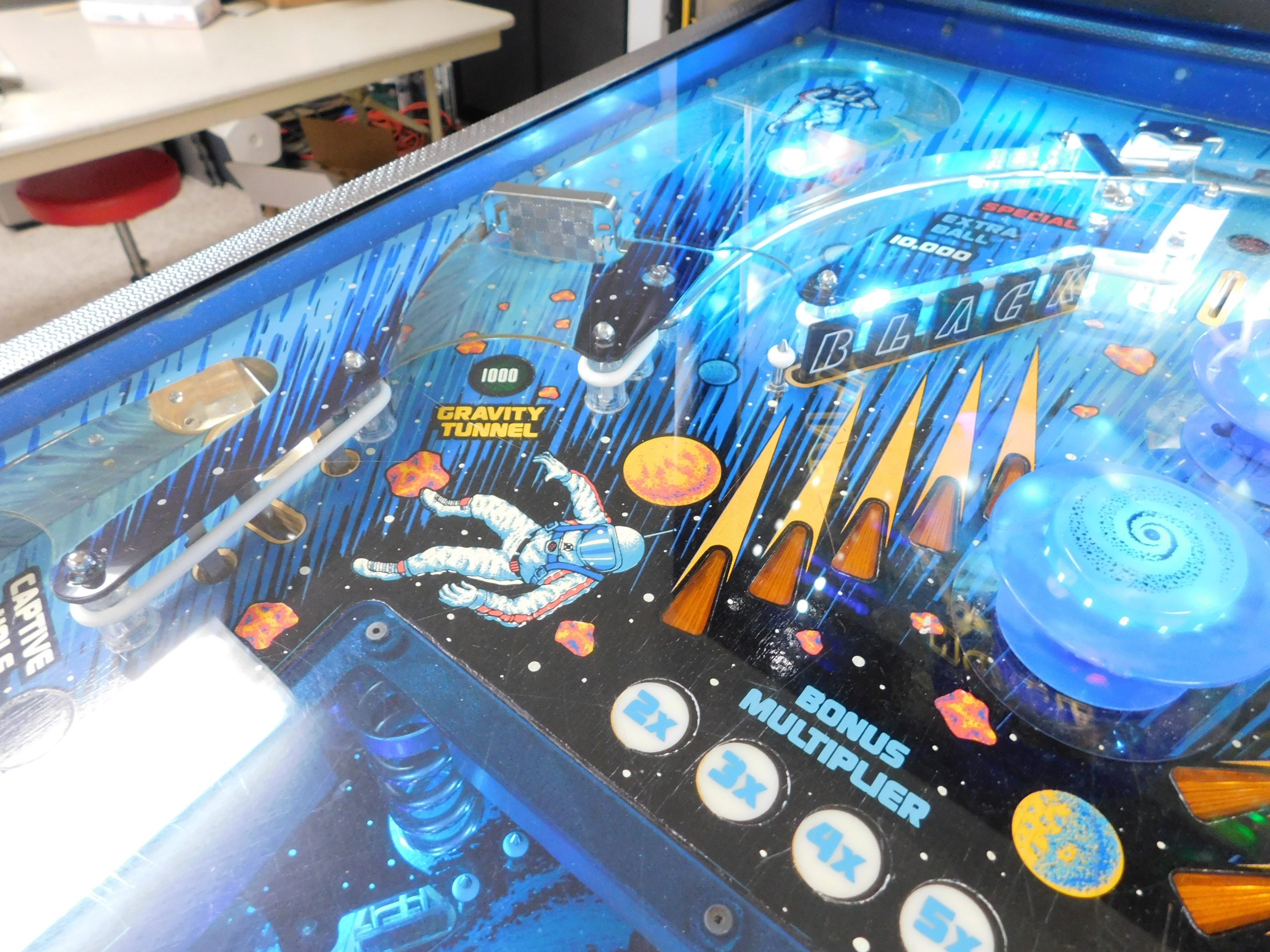 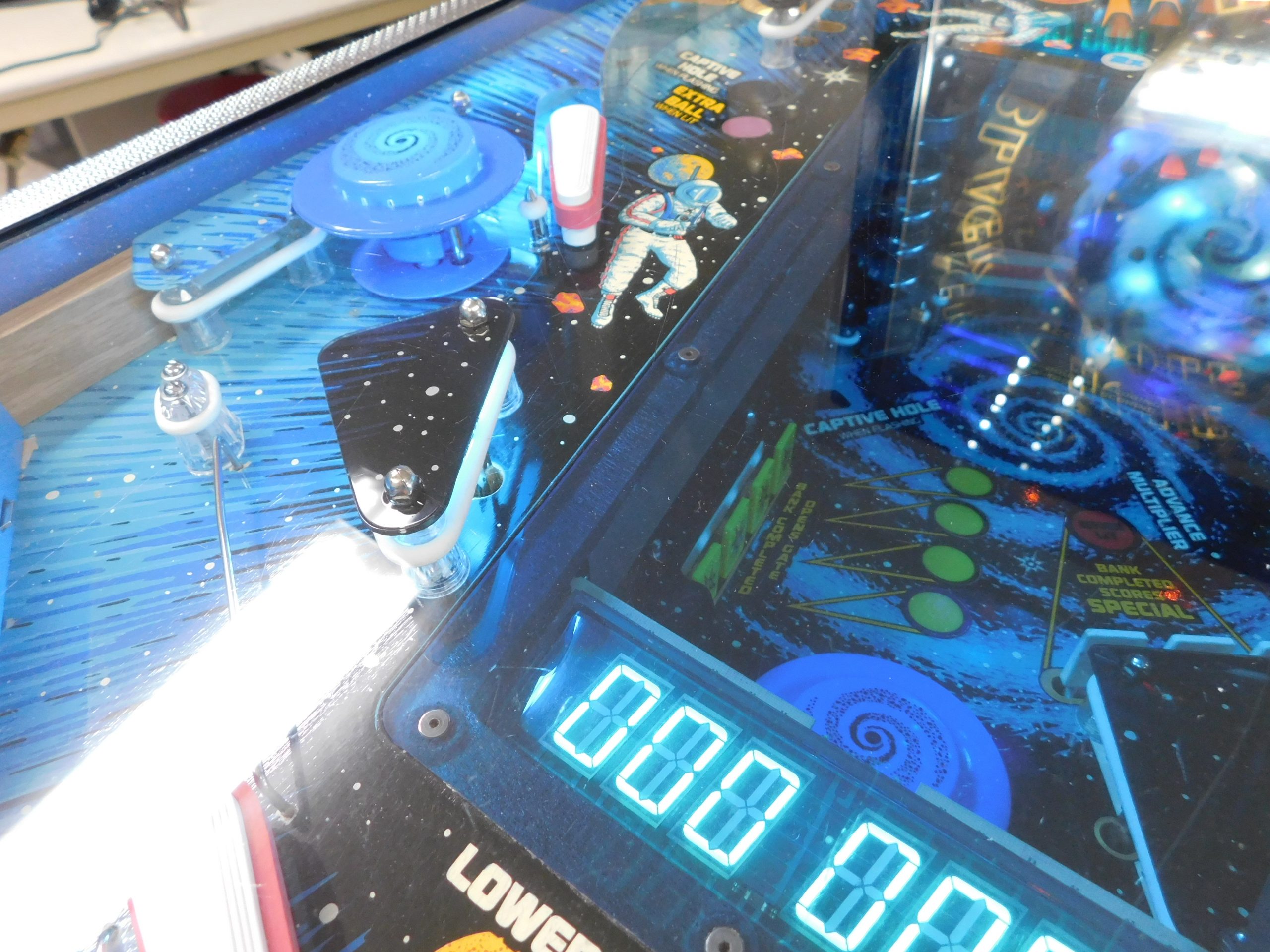 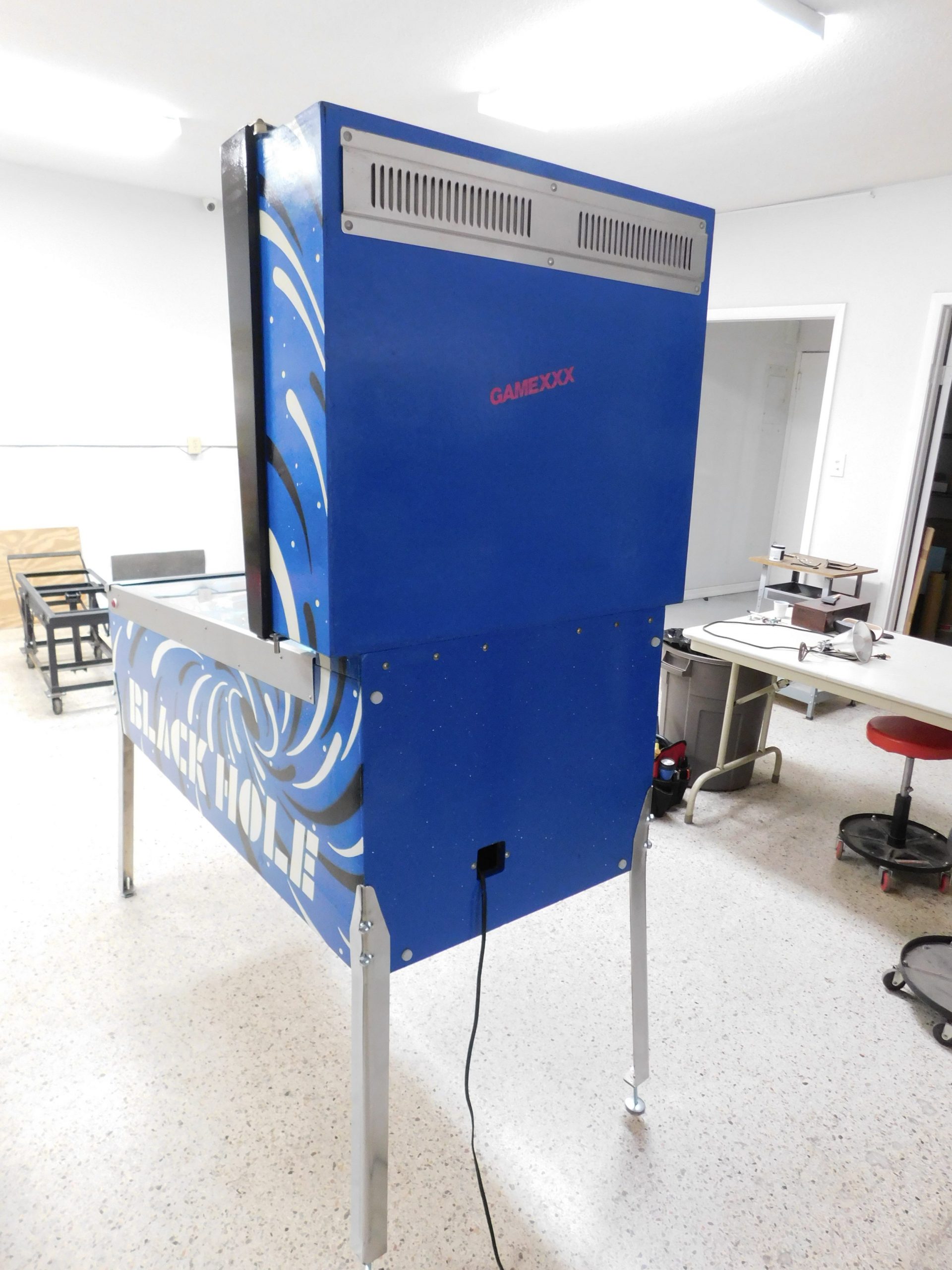 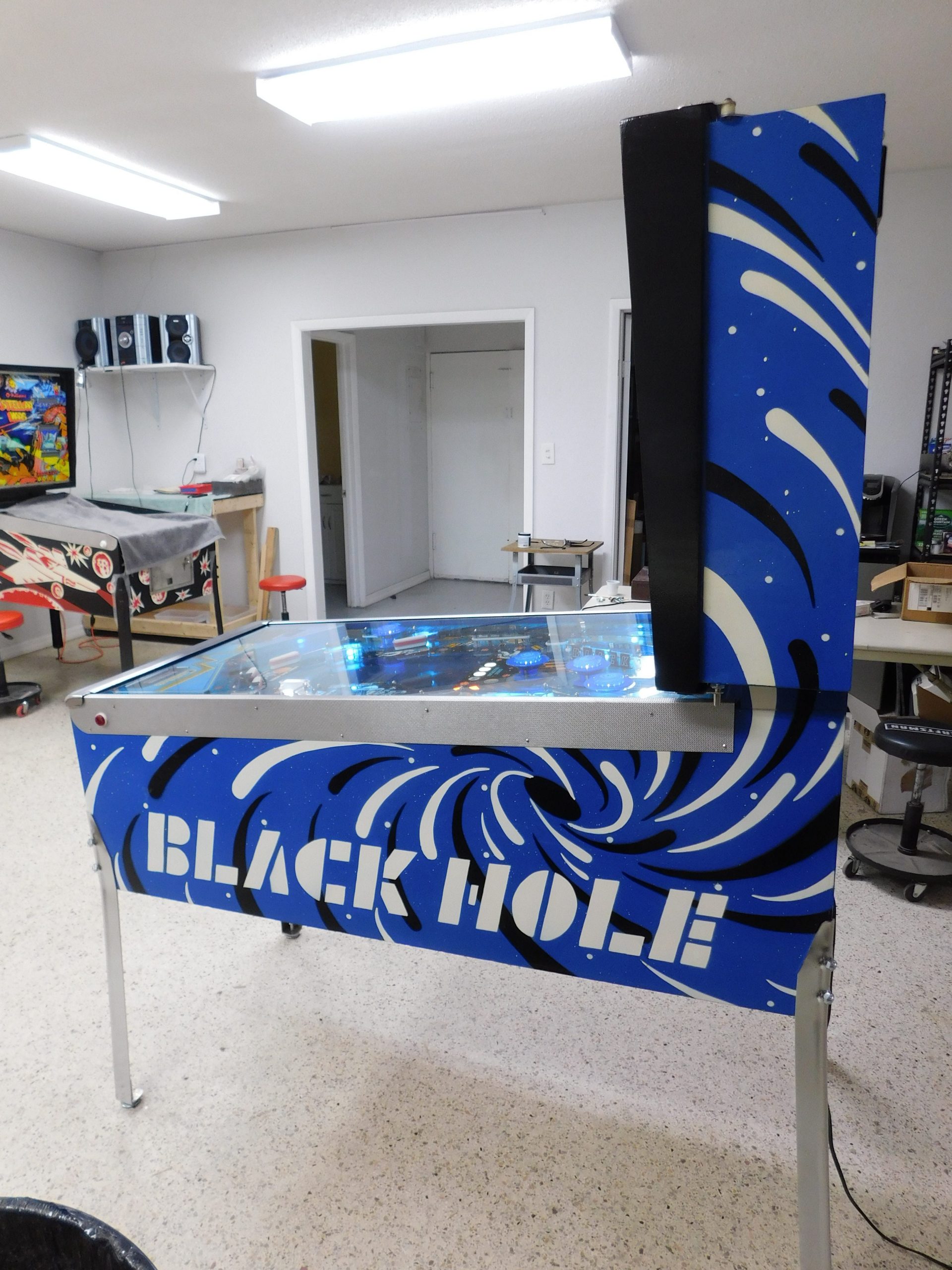 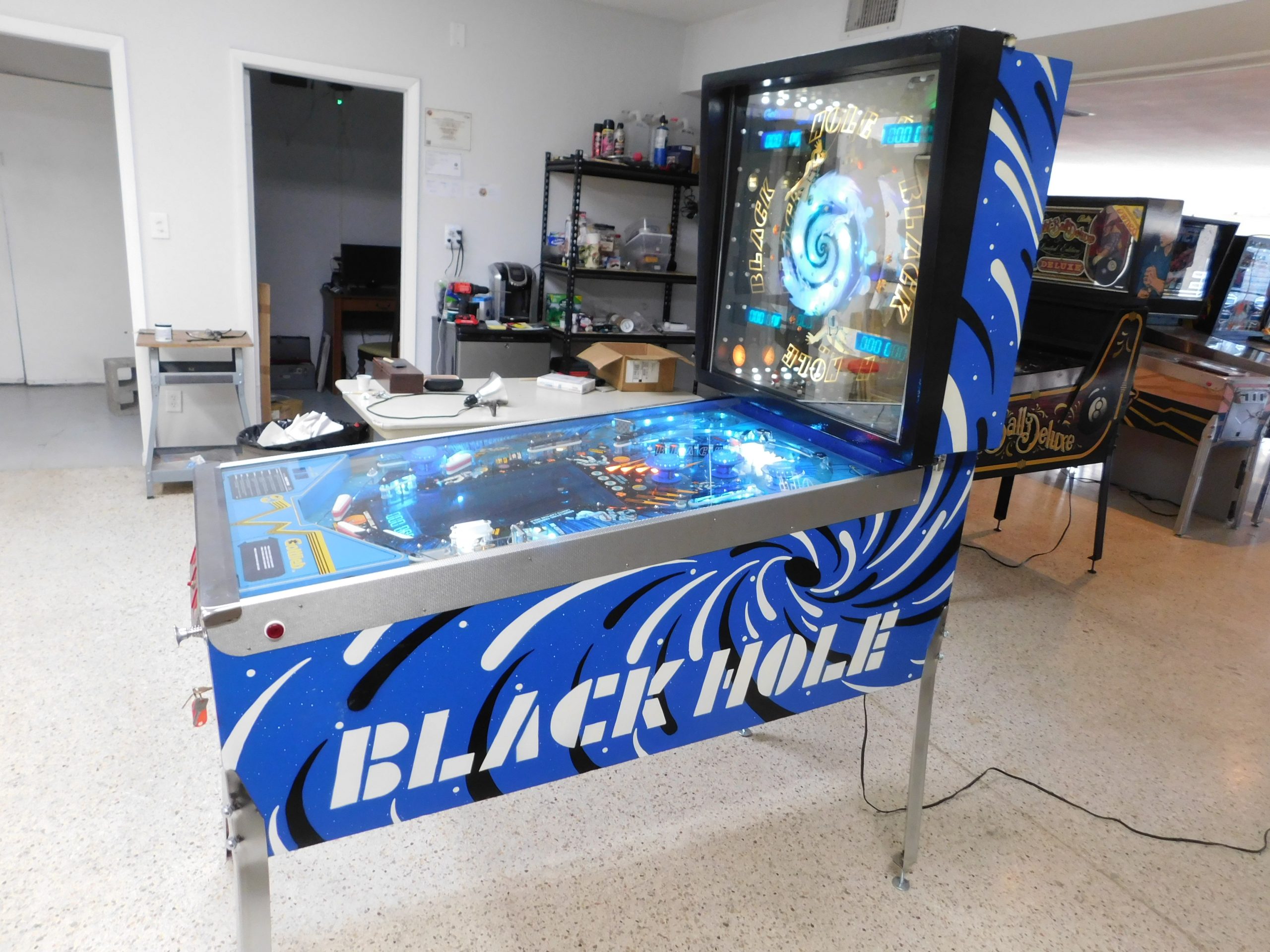 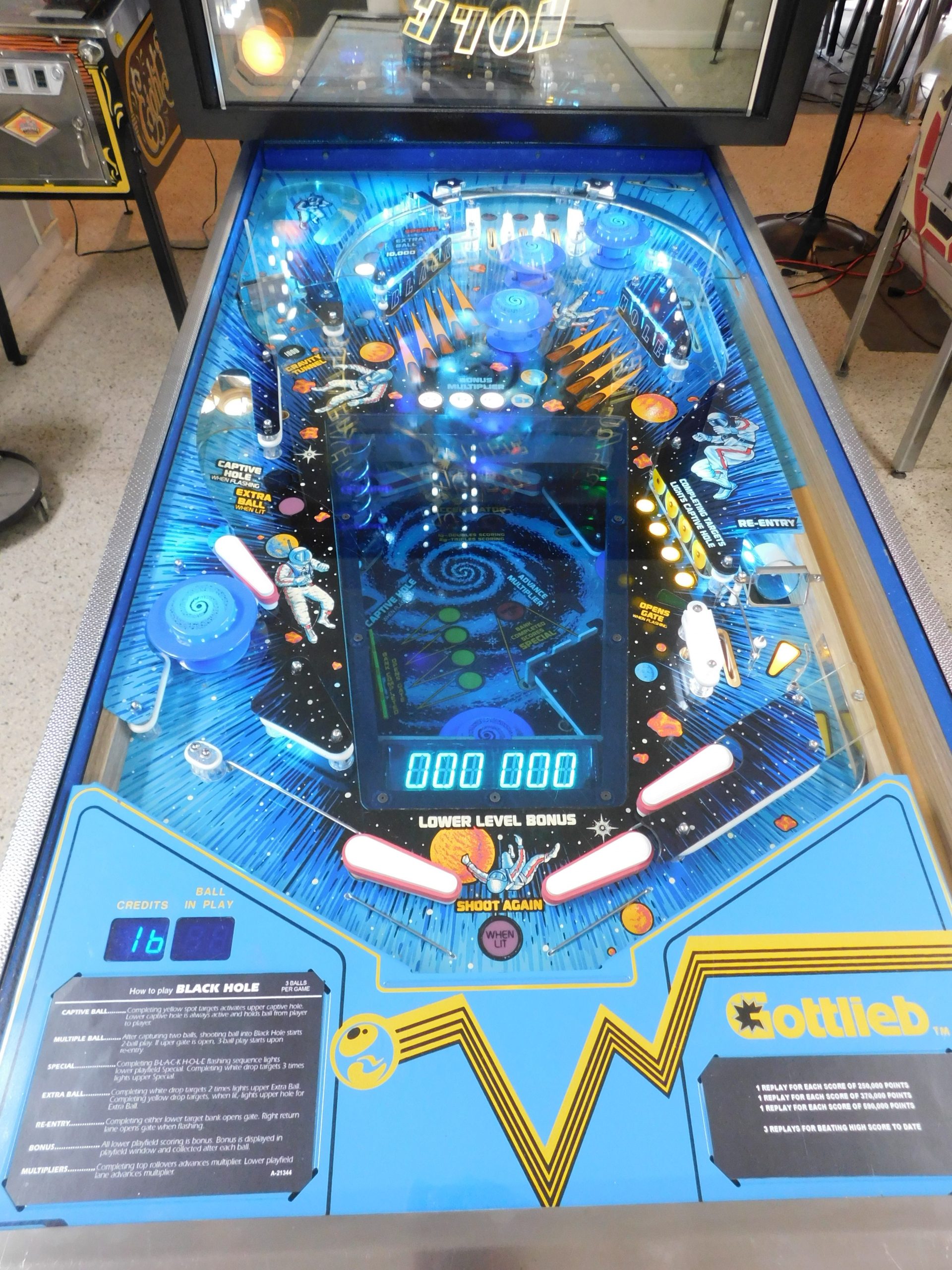 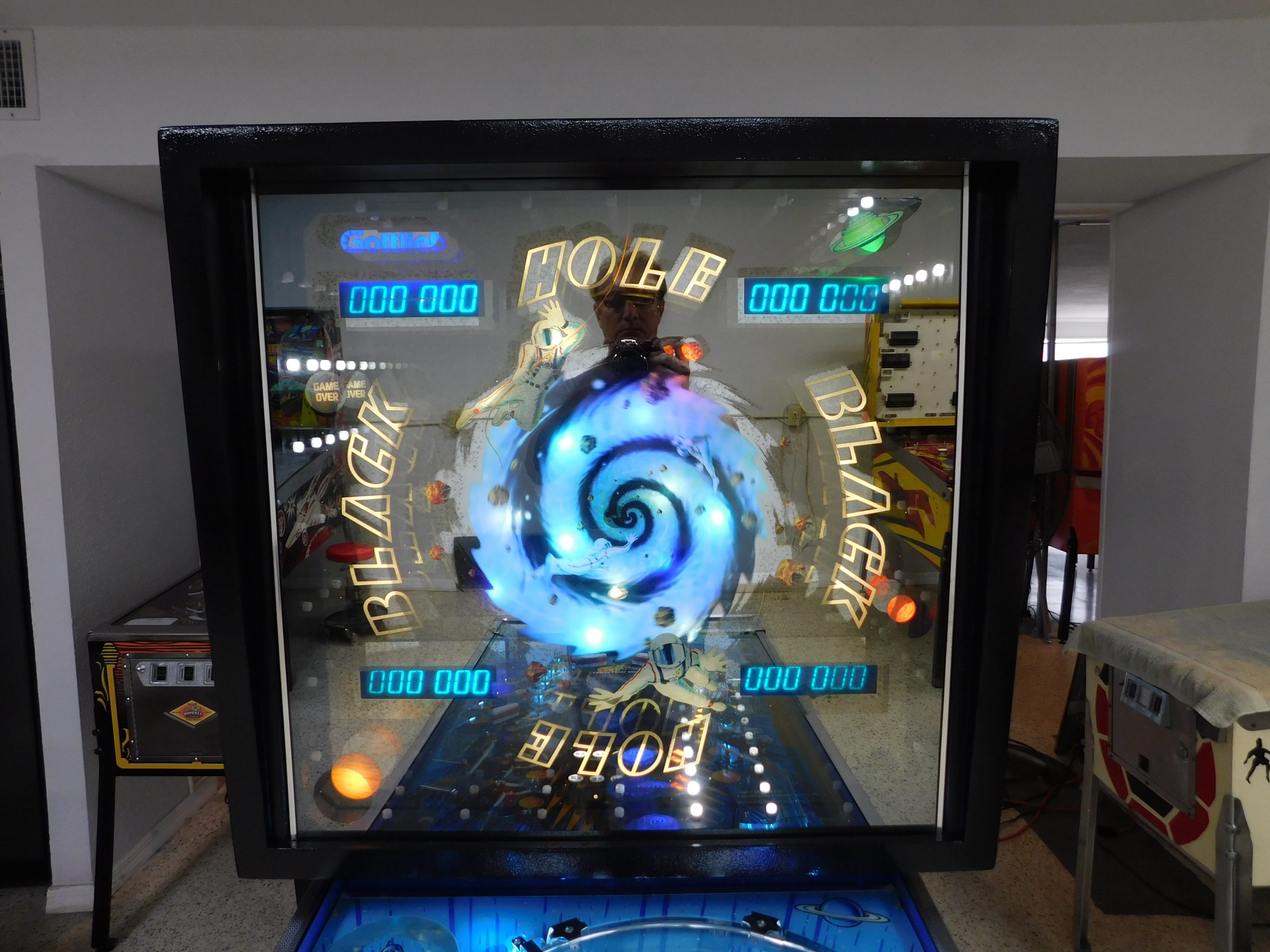 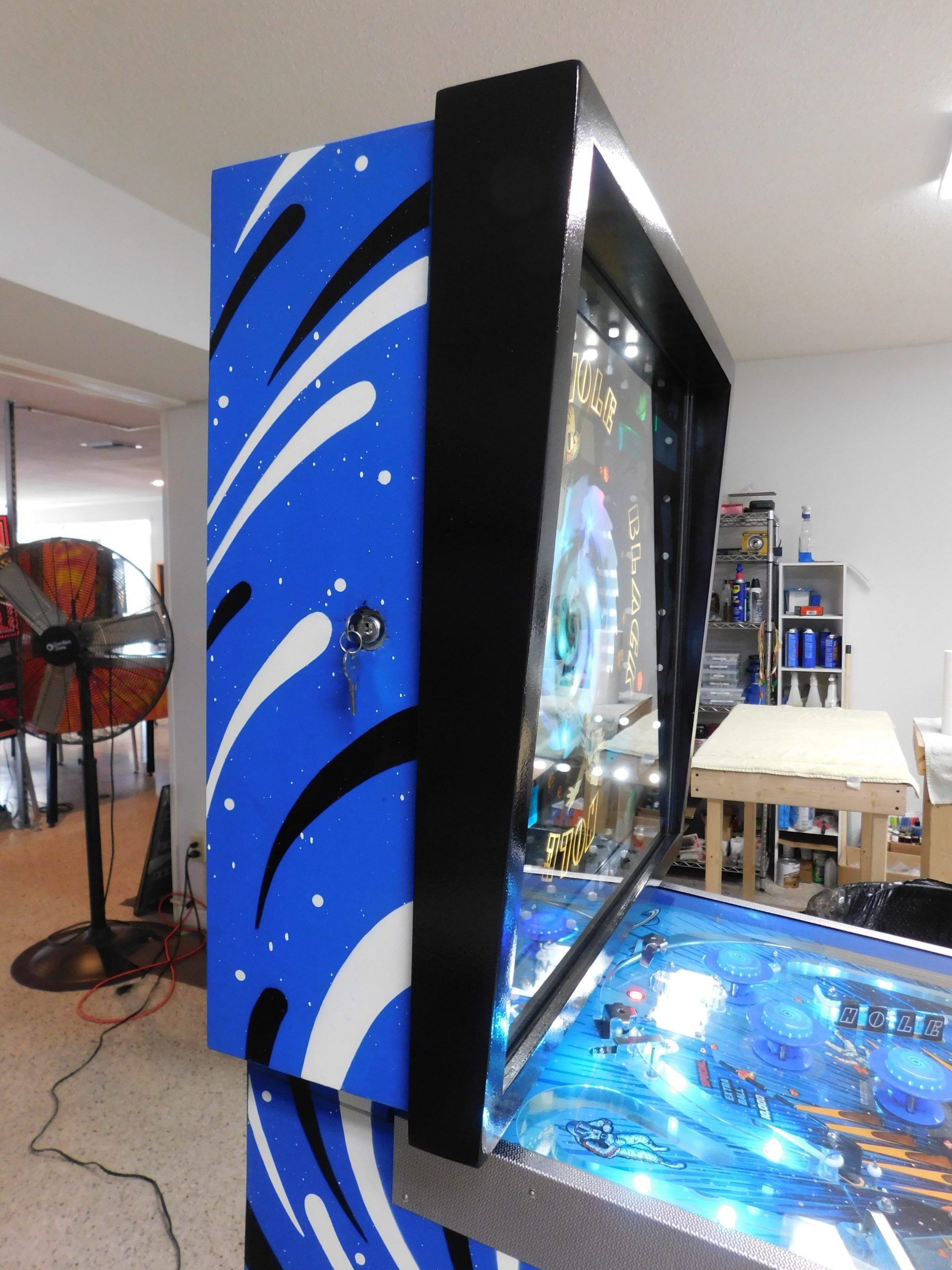 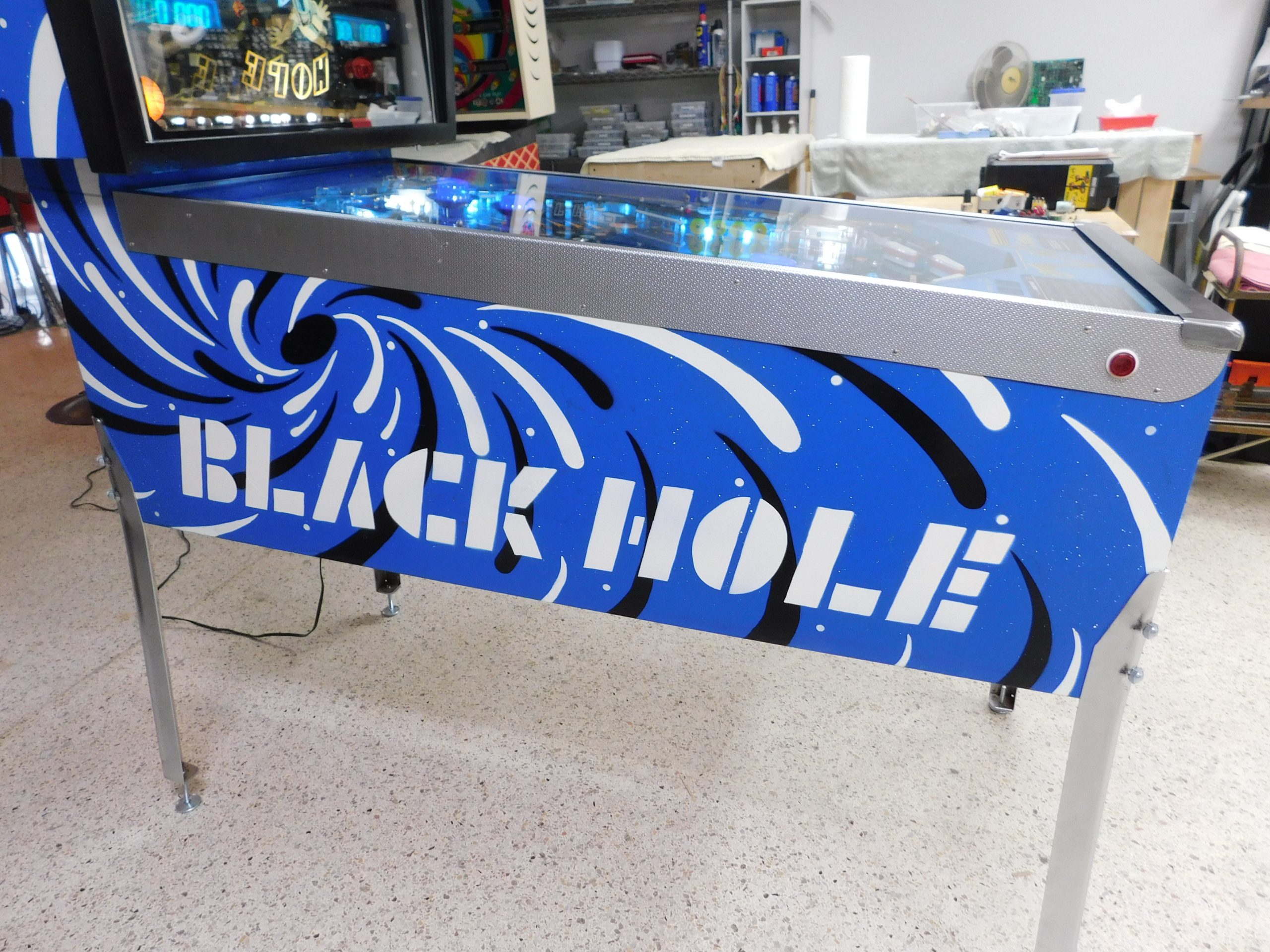 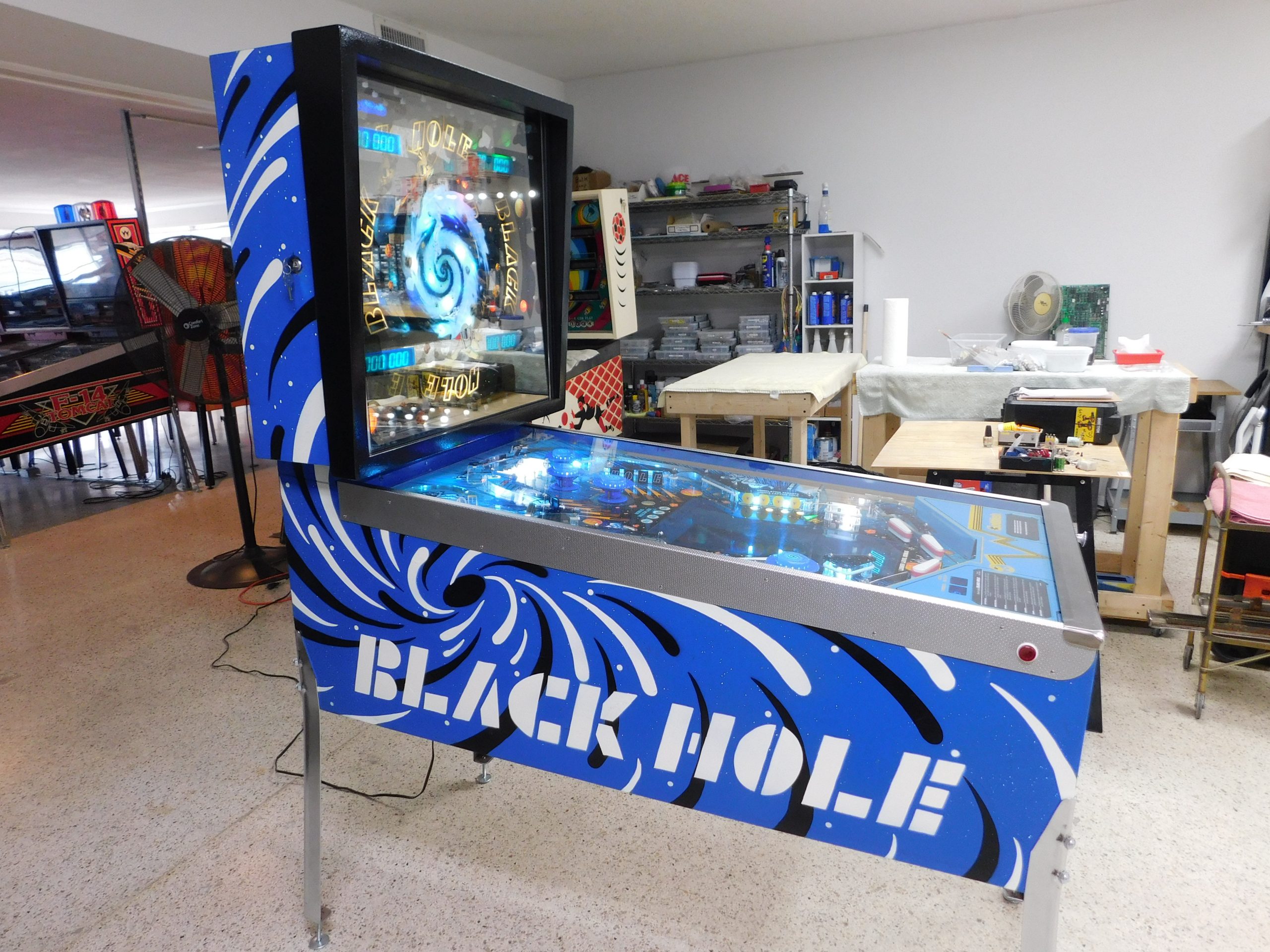 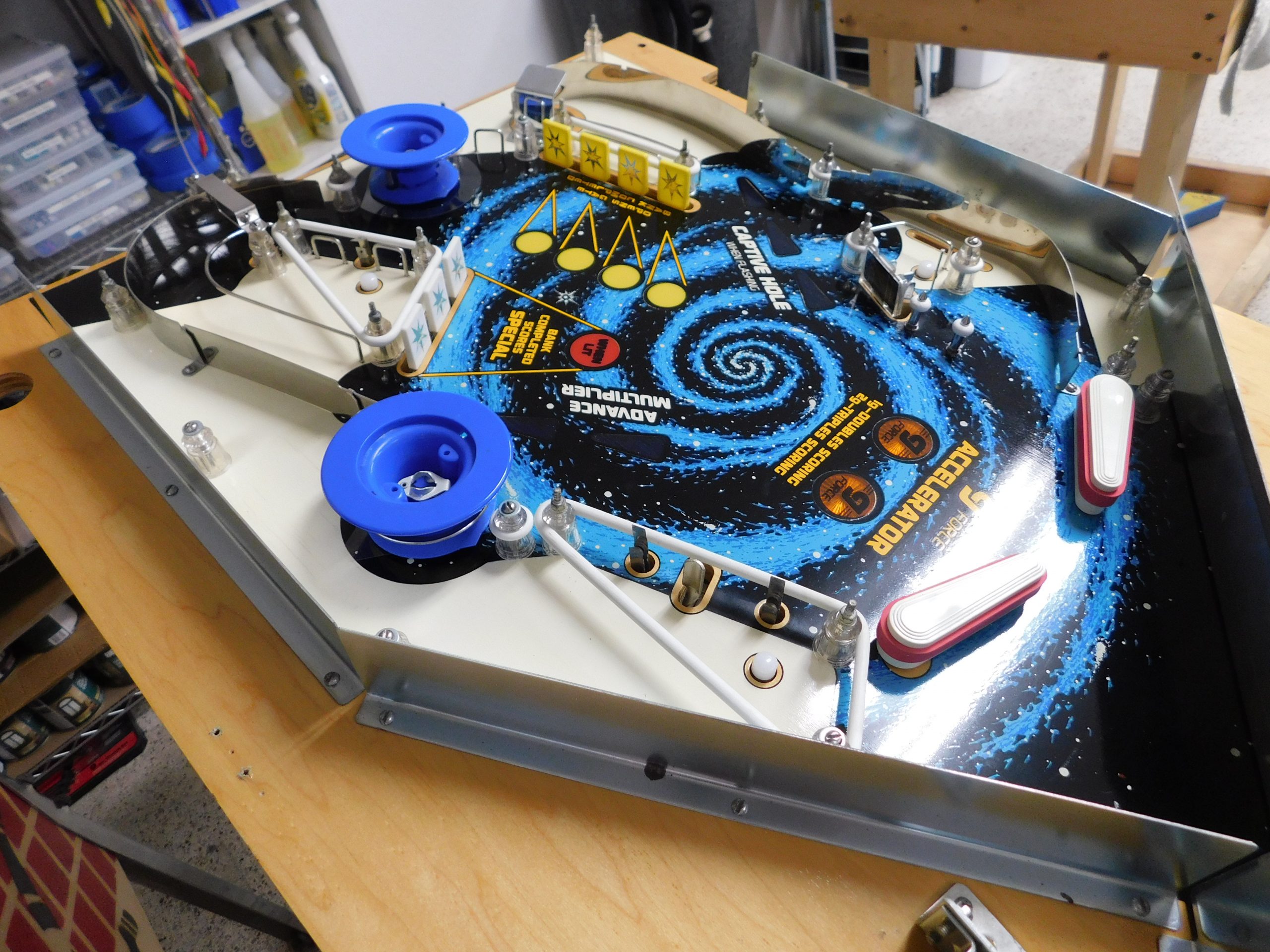 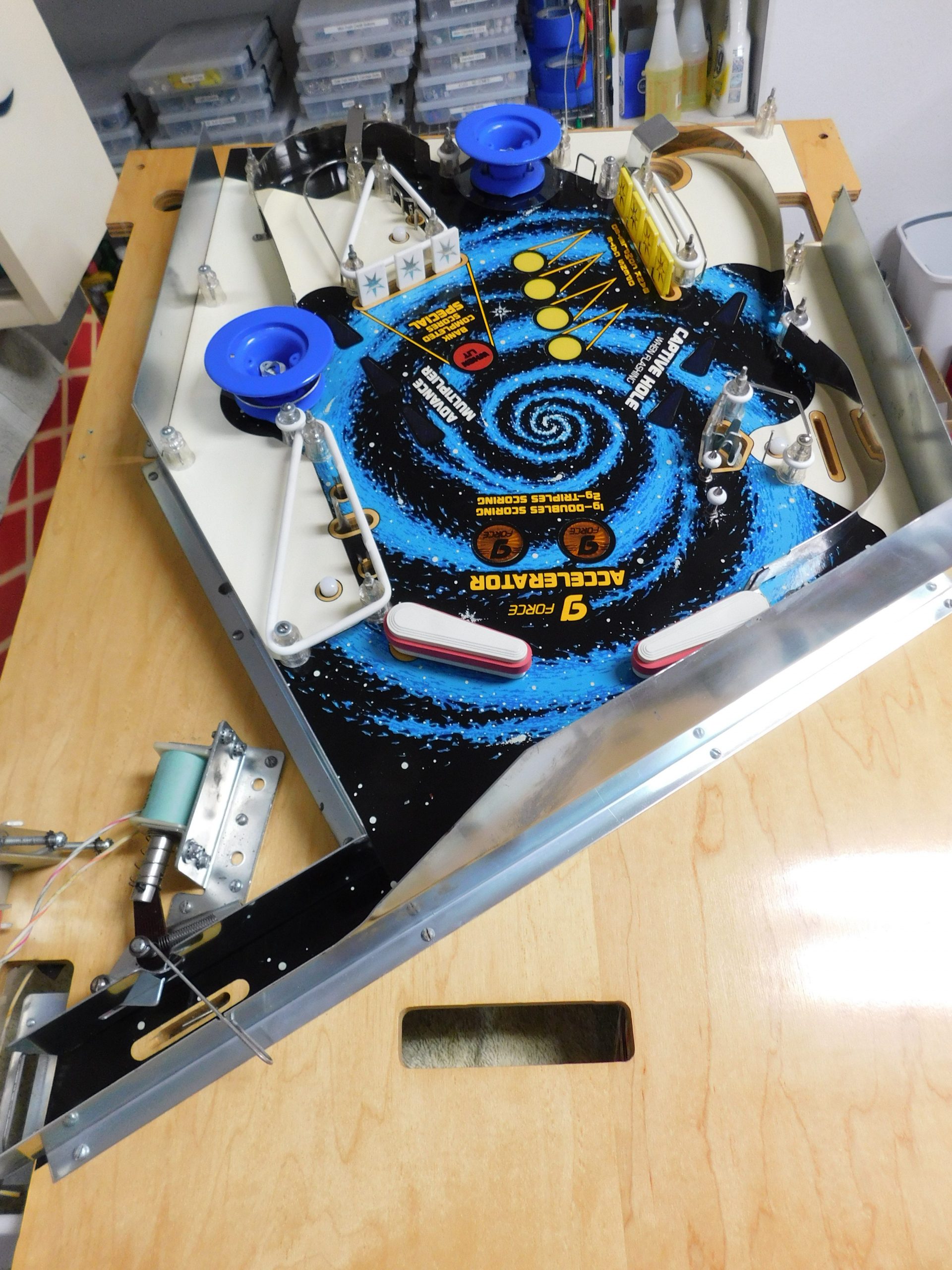 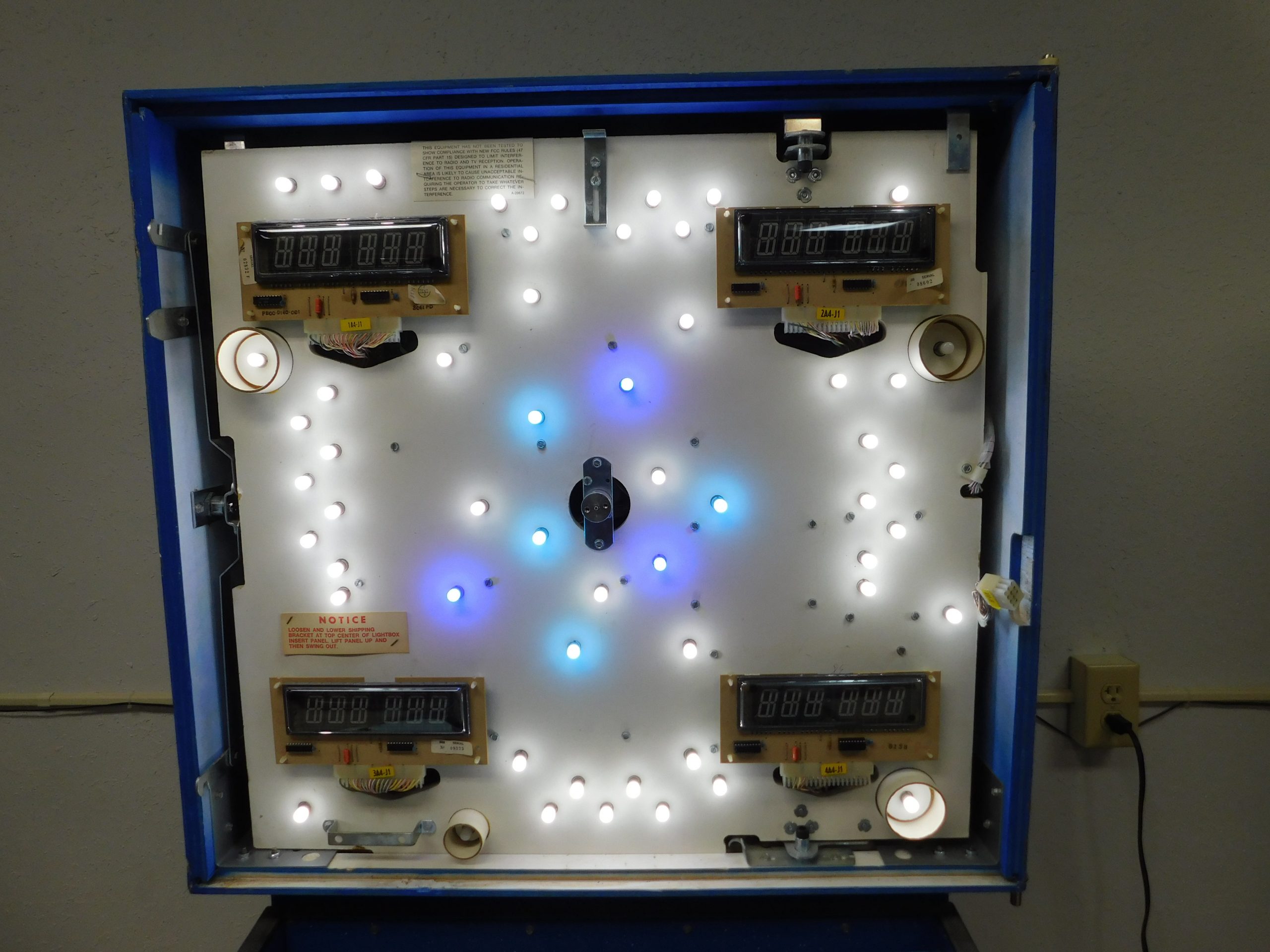